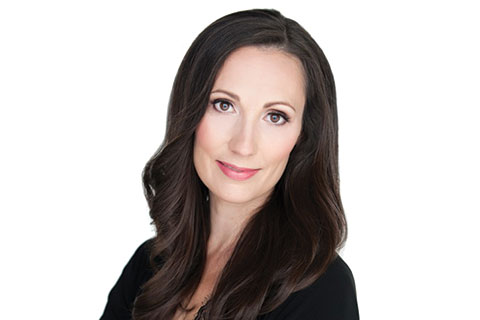 Born in Vancouver, Simone Orlando completed her training at Canada’s National Ballet School and subsequently joined The National Ballet of Canada in 1989. She joined Ballet BC in 1996 where she danced for thirteen years as one of the company’s most celebrated principal artists. Ms. Orlando’s choreographic explorations began in 1997. She has received numerous commissions including those from Ballet BC, Toronto Dance Theatre, and Ballet Kelowna. Ms. Orlando is the recipient of a 2004 Vancouver Arts Award, the 2006 Clifford E. Lee Choreography Award, a 2009 Fellowship Initiative Grant from the New York Choreographic Institute, among others. In June 2014, Ms. Orlando graduated with distinction from the Business Management program at BCIT and was appointed Artistic Director and CEO of Ballet Kelowna effective September 1, 2014.
www.balletkelowna.ca 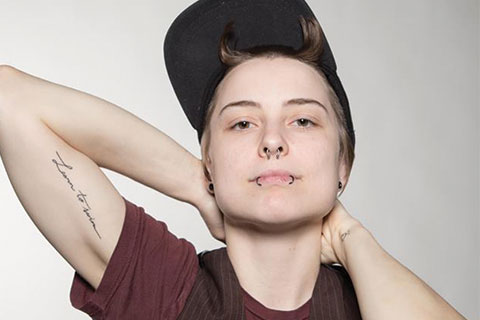 Levana Irena Prud'homme is an Okanagan choreographer, performer and dance educator, dedicated to studying and sharing holistic movements, both physically and socially. They graduated with a BFA in Contemporary Dance, double major in Women's Studies, from Concordia University in Montréal, where they created and performed for seven years before moving back to BC. Levana has participated in projects worldwide, including clowning in Peru with The Gesundheit! Institute, dancing with Biblioteca do Corpo in Austria and Brazil, and choreographing and performing in various artistic residencies around the United States. Their passion has been studying within the Axis Syllabus International Research Community, focusing on biomechanical efficiency and kinesthetic awareness. Levana presently works for the physical theatre company The Carpetbag Brigade, internationally performing and teaching acrobatic stilt dancing. 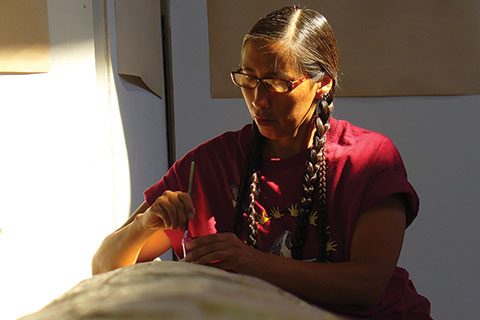 Catherine Jameson is Syilx/Secwepemc born and raised within her traditional territory of the Okanagan. Interested in art from an early age, she has learned traditional arts in basketry, sewing, storytelling and spoken word. She took a variety of art classes at En'owkin Centre where she was able to concentrate on traditional forms of art. Her main area of interest today is Fabric arts, however she is an Interdisciplinary artist and works in painting, printmaking, basketry and clothing design. She has shown works in Penticton and Kelowna art galleries and the Lake Country art gallery. She received the Moon Beam Bronze medal for her children's book Zoe and the Fawn.
www.shinglecreekart.wordpress.com 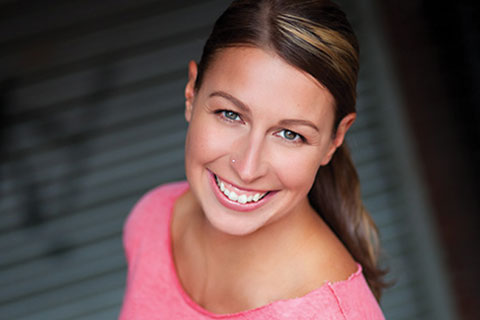 Astrid is a theatre artist living in Salmon Arm, BC. She earned her BFA in Acting/Political Science from UBC in 2005, and her MA in Applied Theatre from the University of Victoria in 2014. She has performed in schools across BC and Canada, and taught classroom-based acting workshops in both English and French. As an applied theatre practitioner, she has led a weekly theatre program for seniors, and worked with classroom teachers integrating drama into other subject areas. She currently sits on the artistic committee of Shuswap Theatre, and is newly discovering what it’s like to be a mother. 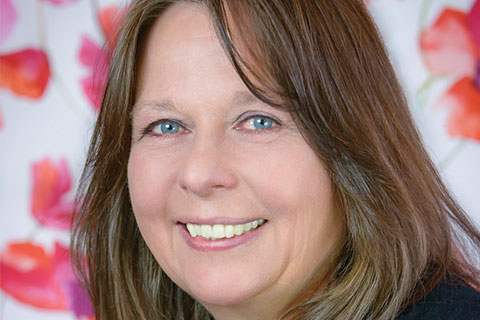 Lorel can remember drawing and painting from the time she was little, but her focus in art began in high-school when an understanding Art teacher seeing her love of "mud" left her in the ceramics studio the whole year. After attending art school at Cariboo College (now Thompson Rivers University) and Emily Carr in Vancouver, she returned to Kamloops to set up her pottery studio. Now, after over 25 years of working with clay and creating and selling thousands of pieces of ceramic art, including clay murals and mosaics, raku pottery and clay sculpture, Lorel has changed direction to painting and mixed media and explores 2D art via acrylics and watercolour. 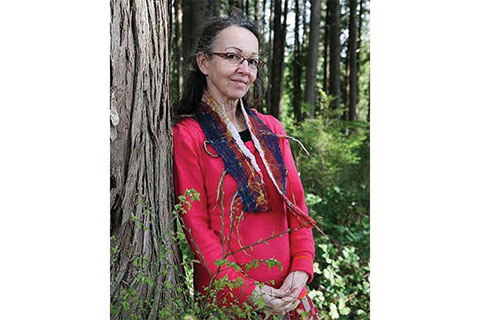 Carmen’s love for fibre originates from when she was a little girl living on a rural Québec farm. She recalls, “My mom’s cedar chest was always filled with textile remnants. My sisters and I loved to combine the patterns and textures when we designed our own clothes”. Carmen creates unique hand-felted accessories, tapestries and 3-dimensional sculptural works. Her work is recognized for a strong artistic signature, unique designs, and a rich colour palette. She loves sharing her love of felting with others. She values opportunities to work with school-age children and she believes that integrating fibre art into their learning experiences broadens their cultural and artistic awareness. Her works are displayed at the Kelowna International Airport Kiosk and at the New Moon Gallery in West Kelowna. Carmen has her studio in Vernon, BC in the beautiful Okanagan valley.
www.carmenfelt.com 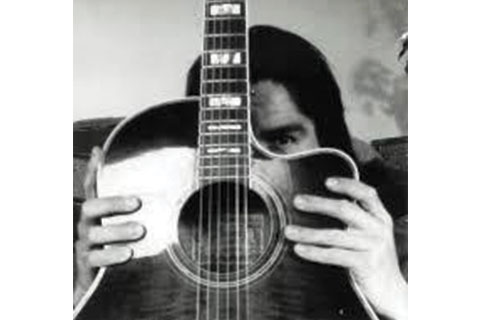 Chris Bose is a writer, multi-disciplinary artist, musician, curator and filmmaker. He is also a founding member of the Arbour Collective, an Aboriginal arts collective based in Kamloops, with a national membership. He is a workshop facilitator for community art events and projects as well as curatorial work for Aboriginal exhibitions, projects, and more. His latest book is A Moon Made of Copper, published by Kegedonce Press. Chris is of the Secwepemc and Nlaka’pamux Nation, and currently spends his time in Kamloops, B.C. 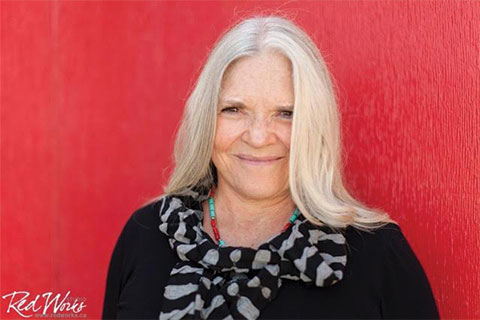 Lee has been a successful contemporary Mohawk Indigenous artist from the territory of Six Nations, Oshewkan, Ontario for over 40 years. Her use of colour is outstanding and her imagery takes us beyond what we think of as 'traditional' Indigenous art. Lee considers herself a 'late bloomer' and after raising four daughters she attended UBC and completed a Fine Arts Degree majoring in Painting and Printmaking. Lee was an instructor for over 15 years at the En'owkin Centre, an international centre for students from Indigenous backgrounds. Lee is involved in numerous projects that educate and celebrate Indigenous culture. Her journey has had many twists and turns along the way but she always found refuge in her art. Lee's paintings can be found in many collections locally, nationally and internationally.
www.leeclaremont.com Amy Baskin has managed to make her flair for the dramatic a lifelong adventure. After working in education with neurologically diverse adults and youth she went on to work as Strathcona Theatre Company’s Education Director. After completing her degree at The Royal Central School of Speech and Drama in Drama and Education, Amy worked as Artistic Director of Camden Young Peoples Theatre. Amy made the leap back home to Canada after fifteen years; she has since adjudicated for Theatre BC, created large-scale works with BC Living Arts, and directed for Project X Theatre and Western Canada Theatre Company in Kamloops. Amy currently works as a community educator for the Canadian Mental Health Association, reducing stigma and increasing education about mental health. Amy is fundamentally committed to incorporating creativity, recognizing diverse learning styles, and engineering social transformation.
www.instagram.com/amydrama
ArtStarts acknowledges that we carry out our work on the lands of Indigenous nations throughout colonial British Columbia. Our office and the ArtStarts Gallery are located on the unceded, ancestral, and traditional territory of the xʷməθkʷəy̓əm (Musqueam), Sḵwx̱wú7mesh (Squamish) and Sel̓íl̓witulh (Tsleil-Waututh) peoples.
About Contact Newsletter Rent Our Space Supporters