A Musical and Magical Day with Figura Theatre 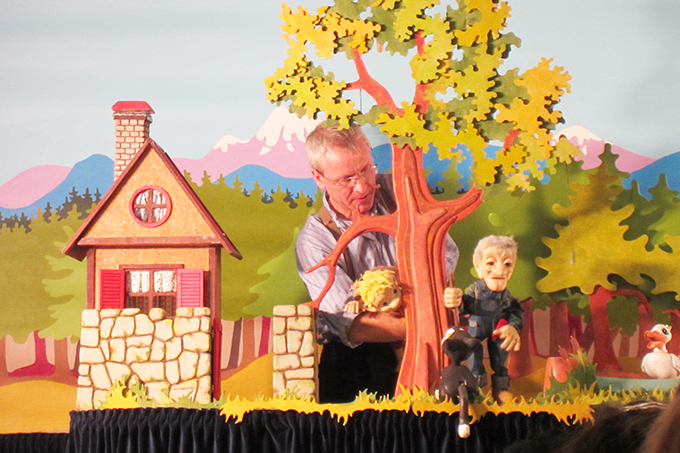 Acclaimed puppeteer Figura Theatre (Bernd Ogrodnik) treated a packed house to a performance of Peter and the Wolf. With the help of his exquisite puppets, Figura Theatre enchanted the audience and brought everyone — both young and old — into deep connection with the wonders of classical music.

The characters and the instruments that represent them were introduced one by one — the duck, played by the oboe; the cat, played by the clarinet; Grandpa, played the bassoon, so on. Young audience members had the chance to hold the beautifully made puppets, which are constructed from linden wood. When the performance began, it was impossible not to get pulled into the story — both the puppets and the pupeteer are full of expression. The audience watched wide-eyed as the wolf observed the cat and the bird in the tree and planned his next move... At the end of the tale, a procession of children and puppets received a round of applause! Check out more photos on Facebook. Thanks to Figura Theatre for a great workshop!

Stay tuned for the next ArtStarts on Saturdays