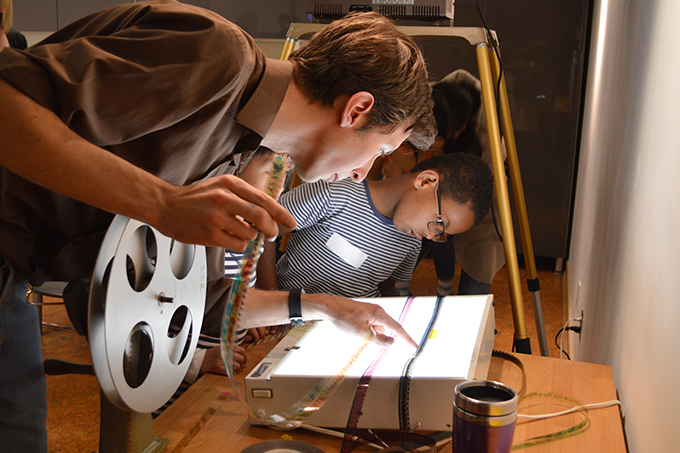 "In order to see an image on screen for one second­, you'll have to draw it 24 times," say Nisha and Ryder of Cineworks. That's just one lesson kids learned during our recent animation workshop presented as part of the Capture Photography Festival and in collaboration with Cineworks.

Nisha Platzer and Ryder Thomas White started off the workshops with the question, "What is film?" And while kids could certainly recognize characters from Frozen and Inside Out as animated cartoons, they hesitated just a little when asked to explain just how those favourite characters end up on screen. The lesson took the historical route, explaining traditional film process rather than the digital animation we see in the mainstream today. 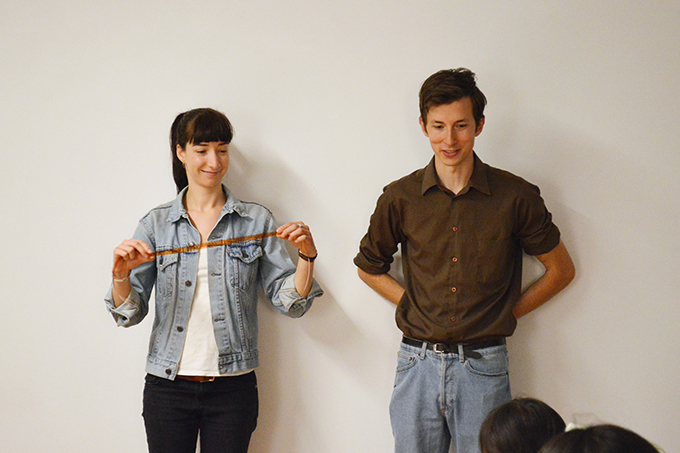 Showing the group a 16 mm film strip, Nisha and Ryder further explained that the particular film we would be working with was 16 mm wide (hence the name) and divided into frames. On the left are sprocket holes, which allow the film to run through a projector. As the film passes through the projector, light flashes through the small frames and we see the still images become moving ones. 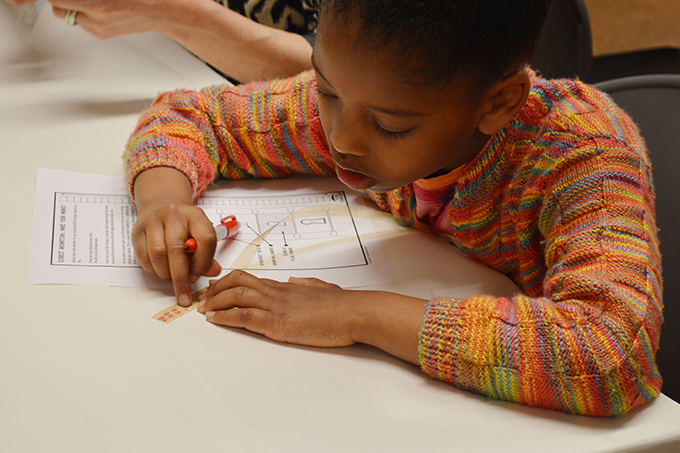 The best way to explain just what we would be doing, however, was to show a couple of examples of short films by Len Lye, known for his colourful, movement-filled patterns; and Norman McLaren, who worked with the National Film Board of Canada. Because these works are so vivid and abstract, it set the kids' imaginations in motion! 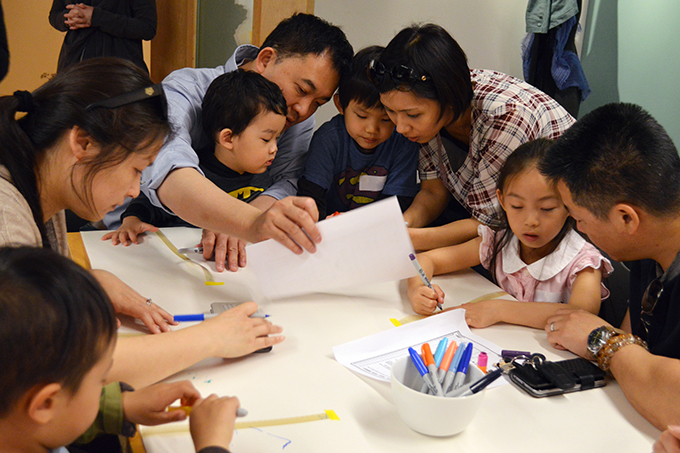 Getting right down to work, kids and adults alike drew shapes, figures and dots directly onto blank film, so they could create their own direct animation. They learned about colour saturation and patterning techniques. Working with 24 frames per second, everyone learned that they had to draw the same thing a minimum of 12-times to make sure you could see it when it was played back later as continuous animation! 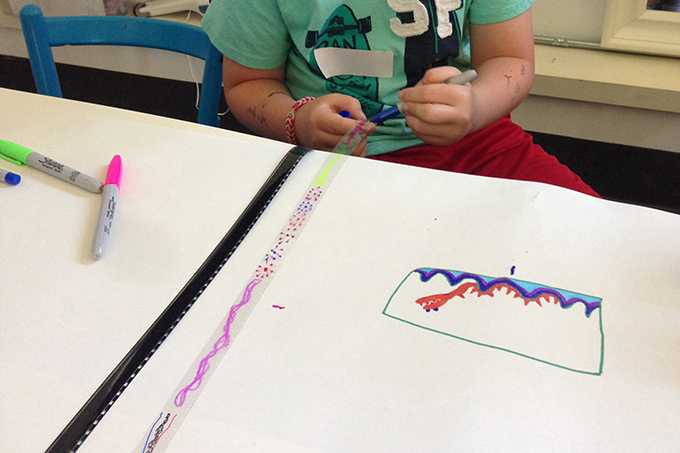 And it wasn't just clear film that the kids were given to work with. Nisha and Ryder also suggested scratching and marking black film (on the emulsion side of the film) that already had images on it. The results were equally spectacular, with existing images given new life and spunk. Participants were also invited to get a closer look at the film strips by checking out the vintage lightbox and magnifier tool. 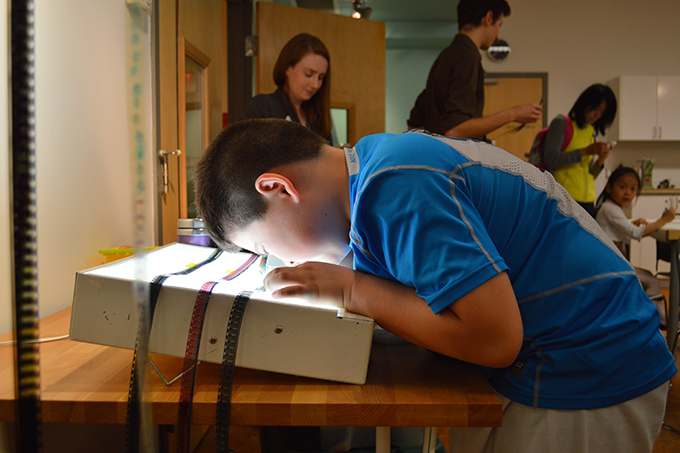 When it was time to assemble the finished animation, Nisha and Ryder used a splicing technique and tape to combine all the film strips to make a collaborative film piece. We saw some pretty amazing things happen. There were dots zooming around the screen, faces turning from sad to happy and colourful patterns resembling Star Wars. 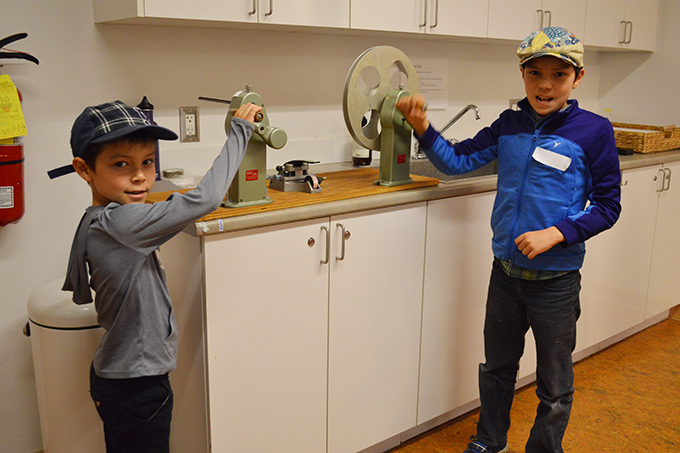 What an end to the class! You could see on the childrens' faces that they were pretty amazed to see how their meticulous and repetitive drawings came to life on the big screen. 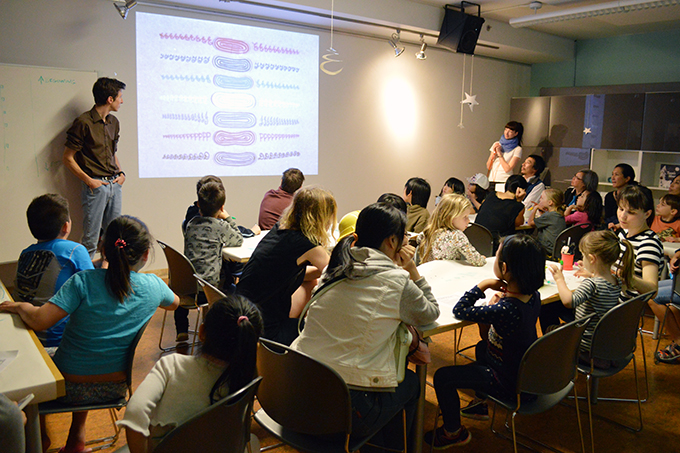 A big thank you to Nisha and Ryder for exploring this unique visual medium with us!

This workshop was presented as an extension of the View Finders exhibition currently on view at the ArtStarts Gallery. Stop by the gallery to check out more hands-on fun!

We look forward to seeing you at the end of this month for our next event: Storytelling with Jamie Oliviero. This compelling master storyteller will tell tales drawn from world folklore and new, original stories. Join us at ArtStarts on Saturdays at the ArtStarts Gallery in Vancouver on Saturday, May 28 or at ArtStarts at River Market in New Westminster on Sunday, May 29. Learn more.