A Musical Hit with Digital Guise 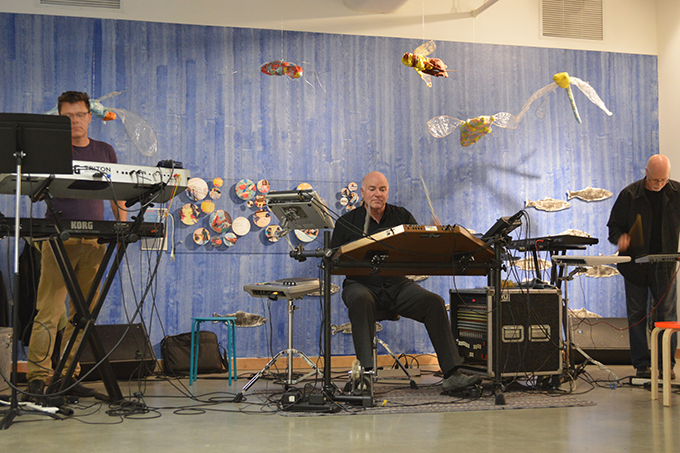 Over the last weekend in August, families were treated to a unique musical session with the talented musical trio, Digital Guise. They introduced workshop participants to live "behind-the-scenes" musical excerpts from The Simpsons and The Hobbit, and from Mario and Zelda video games!

Classically trained musicians Bob Caldwell, Peter Hurst and Nick Apivor have been exploring the sounds for movies, TV scores and video games for the past 15 years and have performed for over 800 schools across the province. They originally started their musical group when they saw that there was an opportunity to see how background music is played. 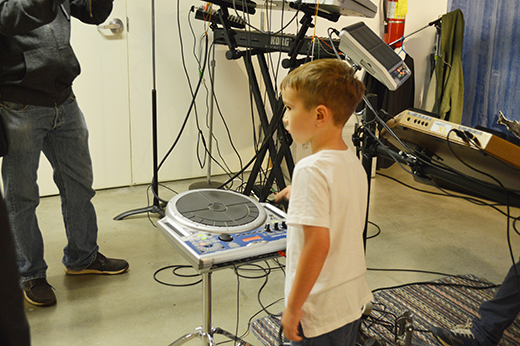 Designed to introduce participants to the integration of digital music in the making of films and video, their session started with a behind-the-scenes look at how music is played for movie soundtracks such as The Hobbit. Digital Guise shared some interesting facts about their impressive collection of electronic instruments such as a Casio mini saxophone, which is capable of producing over 2,000 unique sounds! 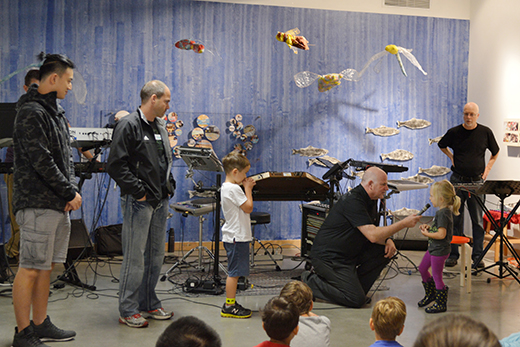 Audience members also learned about the Mallet KAT — similar to a xylophone, but electronic! Highlights of the workshop included an exploration of the drum pad and the popular hand sonic — an electronic hand drum which wowed participants with its invisible laser beam and various sound effects. Young volunteers tried their hands at making some cool sounds. 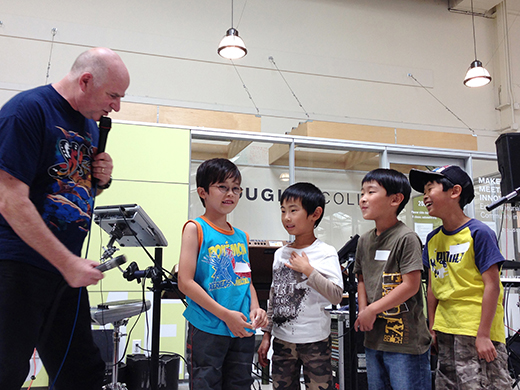 Next, young ones were invited onstage for a unique, experimental and one-of-a-kind sampling session integrating their voice into what culminated in a professional digital recording. Bob explained that the hands-on study of music for TV, movies and videogames is also about being able to think in numerical terms, as a voice or sound can be played backwards, slowed down, sped up and re-mixed. Participants tried making sounds like boink! sssss... and words such as hello! All the while, Peter used the computer to "read" the sounds slower, backwards, and faster. The sample machine was truly a hit! 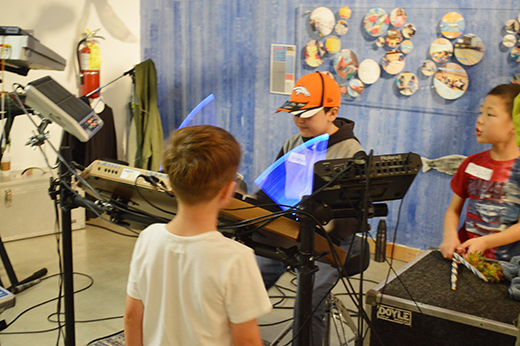 To end the session, everyone was invited to try out the hand sonic by waving their hands over the laser to create unique sounds. Participants learned that the hand sonic can make over 1,600 sounds — and even the sound of the human voice.

Lastly, participants of all ages were challenged to guess the names of musical excerpts from movies such as Pirates of the Caribbean and the themes from Mission Impossible and Beverly Hills Cop. 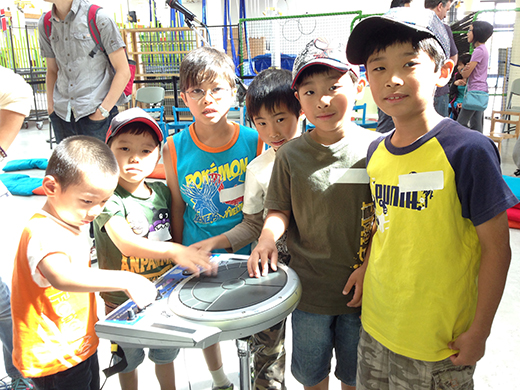 Thanks to Digital Guise for sharing your talent and for giving us insights into to how music is played for some of our favorite movies, TV and videogames!

Be sure to join us again soon for Hamelin: A New Fable with Axis Theatre Company. Loosely adapted from The Pied Piper of Hamelin fable, the performers triple as musicians, actors and puppeteers in a theatrical tour‐de‐force.