"Creativity becomes more visible when adults try to be more attentive to the cognitive processes of children than to the results they achieve in various fields of doing and understanding." —Loris Malaguzzi

This summer, ArtStarts teamed up with Vancouver's Collage Collage to deliver free creative family workshops in Vancouver and New Westminster inspired by the Reggio Emilia approach. 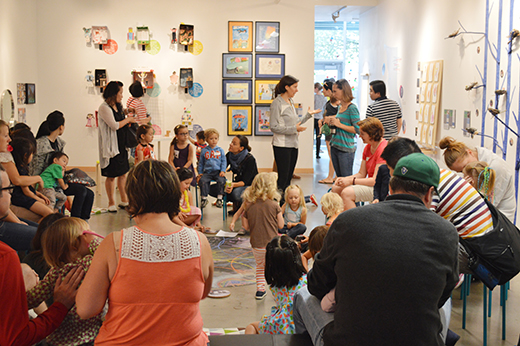 Using Ashley Spires' book, The Most Magnificent Thing, as a springboard for discussion, families were invited to read together as a way to spark their ideas and inspiration at the "Sketch and Experiment Station". Everyone was encouraged to follow their own interests and explorations as the guide for their magnificent sketching creations. 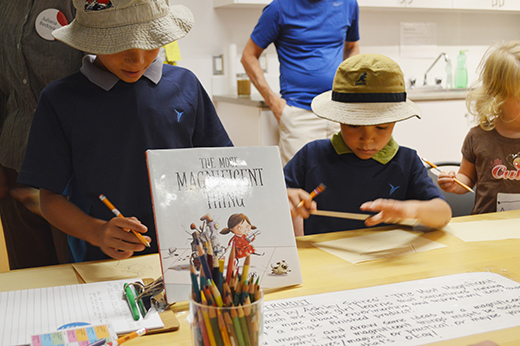 Five-year-old Ella shared that she used "all the colours of the rainbow" to sketch and to try and make indigo. Six-year-old Ava experimented with paper and pencil crayons to express her love of buttons — she made a wearable fashion accessory out of paper! A six-year-old boy drew Big Ben, with his own spin on it, and stated, "I want to go to London someday". 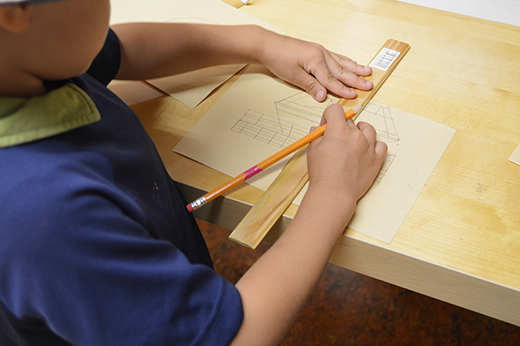 At the "Tactile Play and Tinker Station", homemade play dough, buttons, mirrors, sculpting tools, plastic forks, tweezers, washers, paper clips and can pull-tops were used. Artist Frieda Raye Green showed young artists how to make a spring with the wire using a pencil and their fingers, while instructor Tara Browman employed an inquiry-based approach to communicate with a young participant. 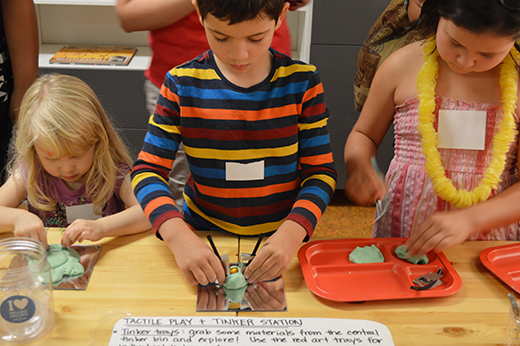 The young artist expressed his love for the Tinker Station, saying, "I don't know what I am doing, but I like it." In response, instructor Tara said, "I like not knowing what I am doing." She inquired a little further about his comment and asked another one of the kids what they thought it was they were building. "Maybe a spider web with 6,000 legs," they replied. 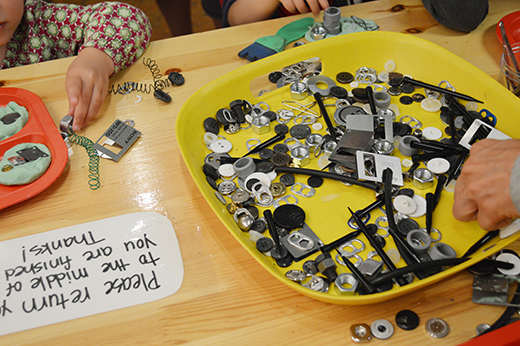 The next child-led station was all about collaboration and construction. Participants were excited to explore their ideas by collaboratively building onto others' experiments and sculptures. This "Collaborate and Construct Station" included materials and tools such as construction paper, tin foil, pipe cleaners, straws, cut-up toilet paper rolls, popsicle sticks, patterned tape, foam core and plastic sticks. 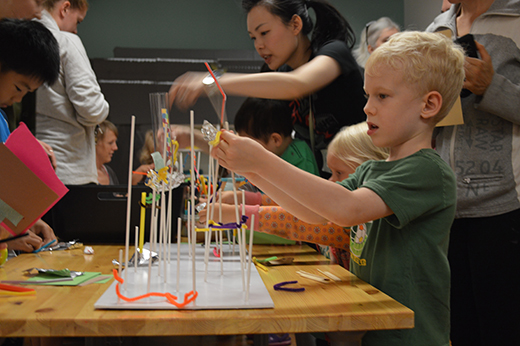 A young girl made a pattern with the straws, happily stating. "I made the Titanic!" Five-year-old Neil shared his love and passion for volcanoes by using orange pipe cleaners to make lava. He also explained that in order to see the lava one needs an "observation deck". The act of building something magnificent together and the ability to freely move between stations further reinforced the idea that there are no boundaries and limits to imagination! 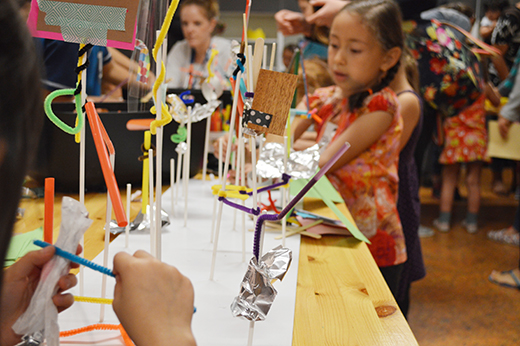 Young artists produced an amazing large-scale work — a truly magnificent sculptural piece based on meaningful dialogue and interrogation of relationships between materials and ideas! Five-year-old Keenah proudly stood beside the playful structure with her newly invented "magic wand" made of gold buttons. 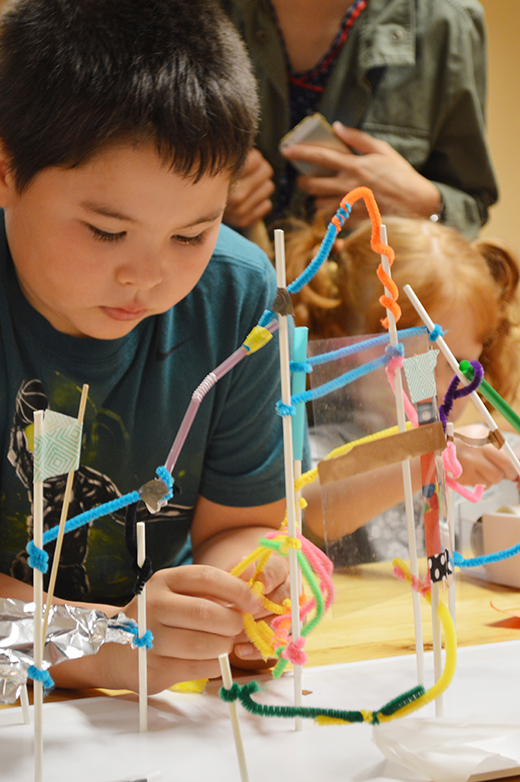 At all three child-led stations, collaborative effort and family involvement was deeply encouraged, rather than focusing on a single, finished end product. 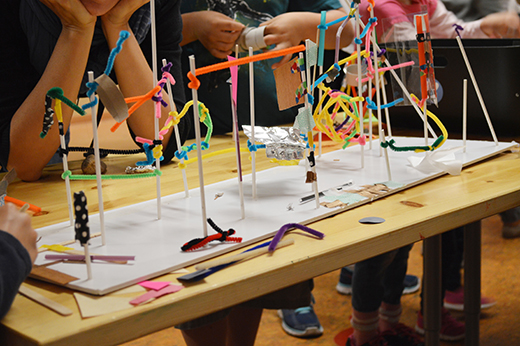 Special thanks Tara and Frieda Raye for instilling endless possibilities for creativity based on the Reggio principles of community, respect and collaboration! Be sure to try using some of your very own found objects at home and remember, anything can be repurposed to create your own magnificent creations! Please visit Collage Collage for some more magnificent projects and workshops. And be sure to join us at the end of August for the our next family events: Digital Guise's interactive show will introduce audiences to the way music is being created today for movies, soundtracks and pop culture!