A Way with Words 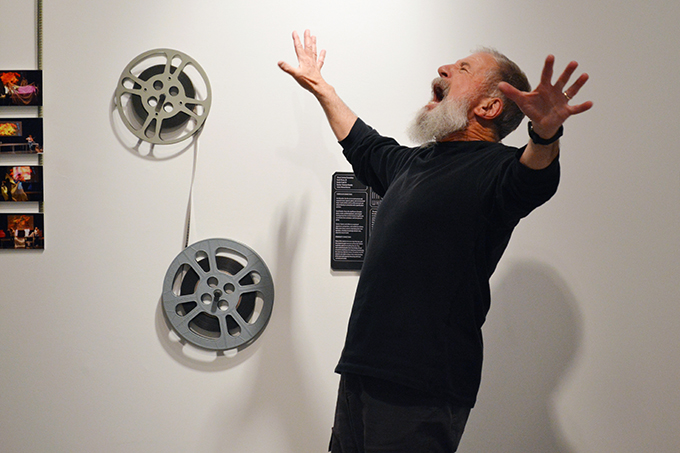 Master storyteller Jamie Oliviero kept families spellbound at our recent ArtStarts on Saturdays events at our gallery in Vancouver and at ArtStarts at River Market in New Westminster.Storytelling is a powerful thing. Not only is it an art form that has existed as far back as we know, before the written language even, it's a truly accessible one. To tell a story you need only your mind. What makes it even better, however, is the ease with it can be shared. We tell stories every day as we recount our activities to our family and friends, thinking about what we've learned and finding a way with words to express more complicated events. 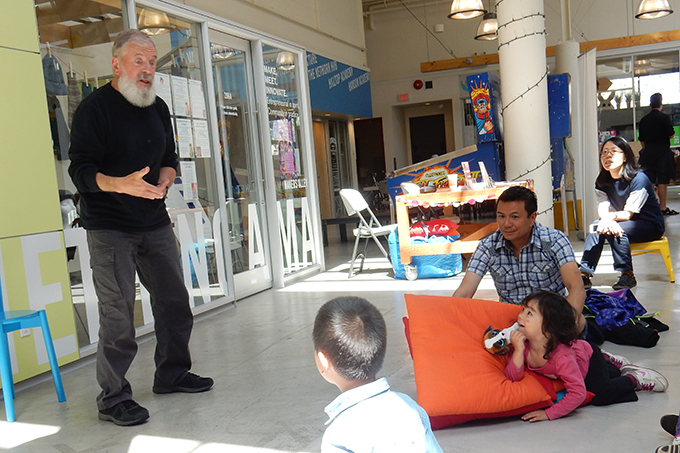 Jamie's four sessions with ArtStarts this month were all a little bit different. While Jamie regaled kids and grown-ups with tales drawn from folklore, he wove in elements of the environment, appealing to the diversity in the crowd.

To start the workshops, Jamie got each group up and interacting with each other, with a game he called Stick/Unstick. The group circled and criss-crossed their way around the space and when Jamie yelled "stick!" each person had to stick to the person closest to them. He would yell "unstick!" and everyone began their weaving walk once more. In another variation, he encouraged pairs to lead one another, while one person in each pair had their eyes closed. 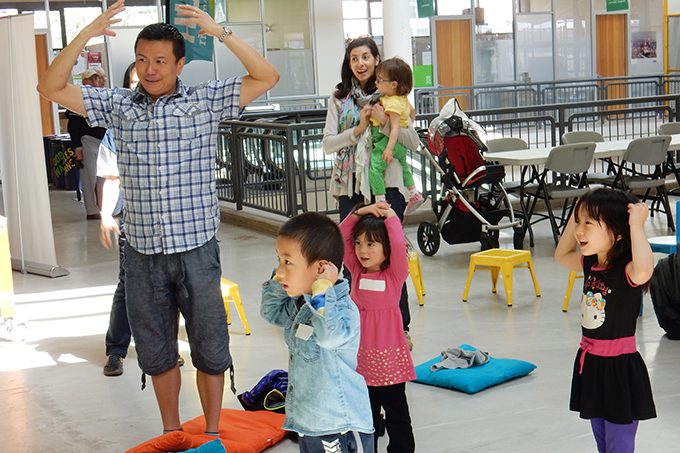 Jamie then proceeded to tell a number of stories. One was a tale from a First Nations tribe in Western BC about a young boy. Another was a fable from Western Africa about a 10-year-old girl. A fabulous storyteller and actor, Jamie had the children holding back giggles and screams as he spoke in silly voices or of monsters. 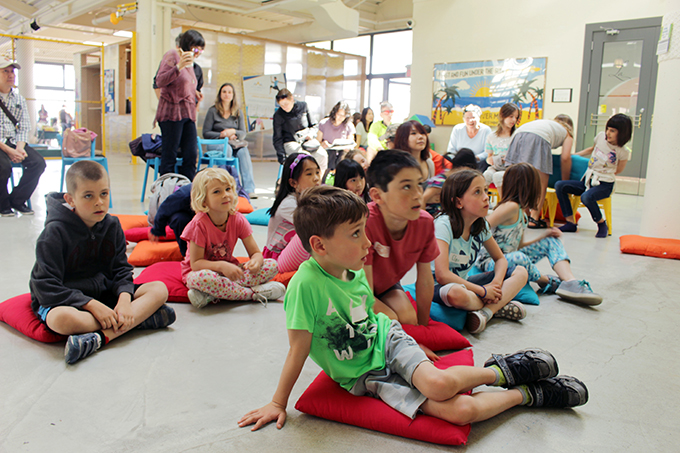 A third story about a tiger unwilling to share his water and pear tree, while the animals around him were famished, was the most interactive, with the audience singing along and making noise. 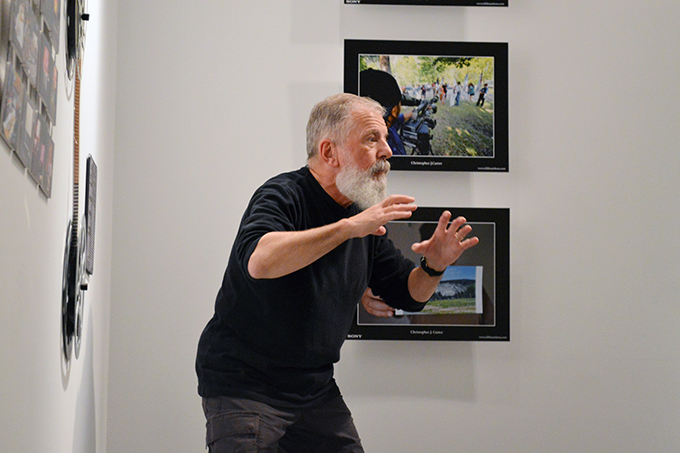 It was following this third story that Jamie unfurled what the moral of the day was. He asked the children what the stories had in common: the hands flew up and children provided answers from "the children disobeyed" to "the characters were selfish". To demonstrate just how layered these stories—from all over the world—are, Jamie facilitated one more game: Village.

In Village, each person in the group was assigned a number. Again everyone wove around each other, but when someone's number was called, that individual would slowly fall to the ground. But if everyone was paying attention, the rest of the group would lift them back up. It was the moral of the game, the stories, the day—and really life in general: pay attention to others and what's around you and help each other out. If we work together we're stronger. 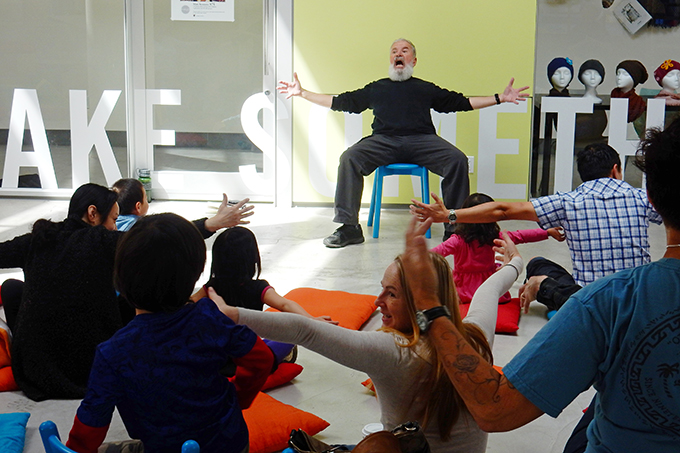 The final story of the day was one from Jamie's hometown of Winnipeg about the origin of the Earth. Following his tale, he brought out a picture of a giant turtle and asked the kids to draw the stories on its back. So many important details came out of those drawings, showcasing again that if they worked together, they could remember and share everyone's stories. Before we went home for the day, Jamie encouraged everyone to be a storyteller. And he's right, we all are. 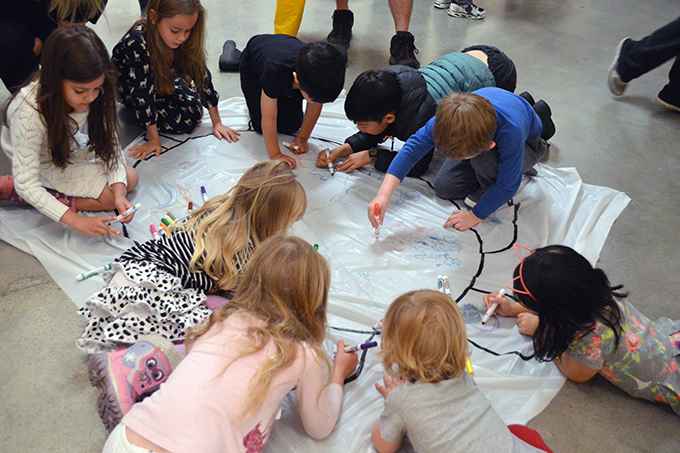 We look forward to seeing you at the end of this month for our next event with West African musician Fana Soro. Join us at ArtStarts on Saturdays at the ArtStarts Gallery in Vancouver on Saturday, June 25 or at ArtStarts at River Market in New Westminster on Sunday, June 26. Learn more.