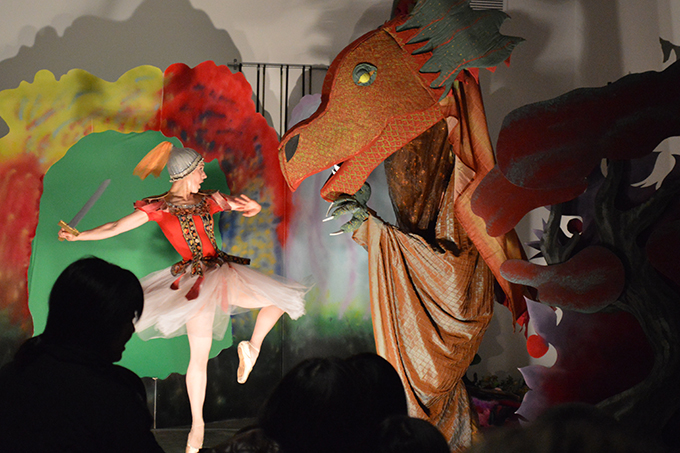 There was magic in the air this past weekend as ArtStarts on Saturdays in Vancouver and at ArtStarts at River Market in New Westminster, as families entered the enchanted world created by ZarYevka Ballet's The Jabberwocky.

Thanks to photographer August Studios for kindly sharing their wonderful photos from the performances at River Market! 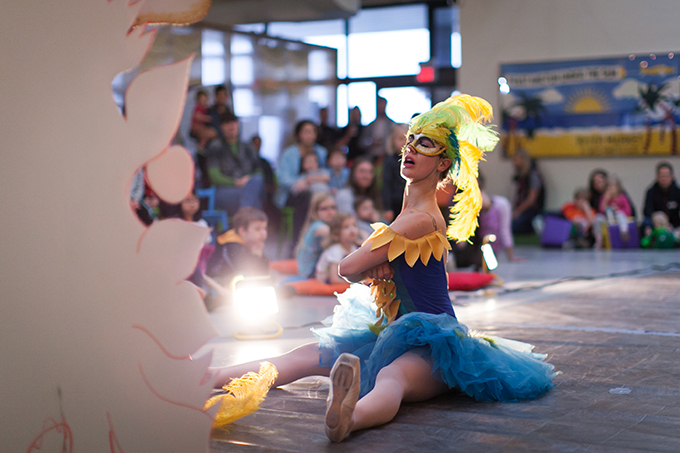 The Jabberwocky is a poem by Lewis Carroll, best known for his novel, Alice's Adventures in Wonderland. It was actually included in the sequel to Alice, Through the Looking-Glass, published in 1871. 145 years later, the poem is still being enjoyed today! 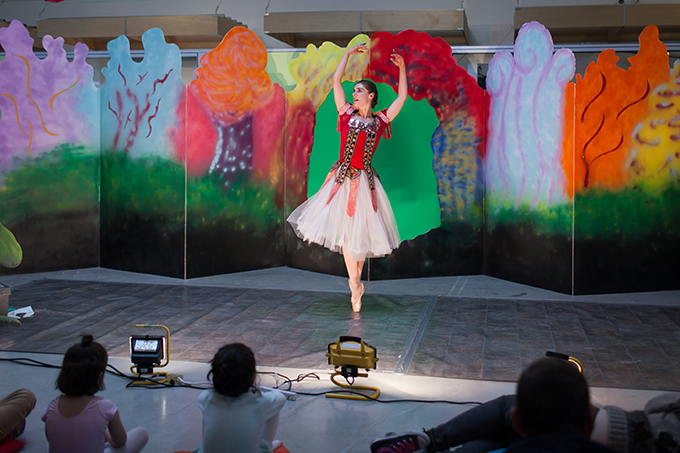 ZarYevka Ballet brought their own twist to the story—their performance was not a straight retelling of the poem, but rather inspired by it. The dancers brought their own personal experiences and expression to the tale to give it new life. 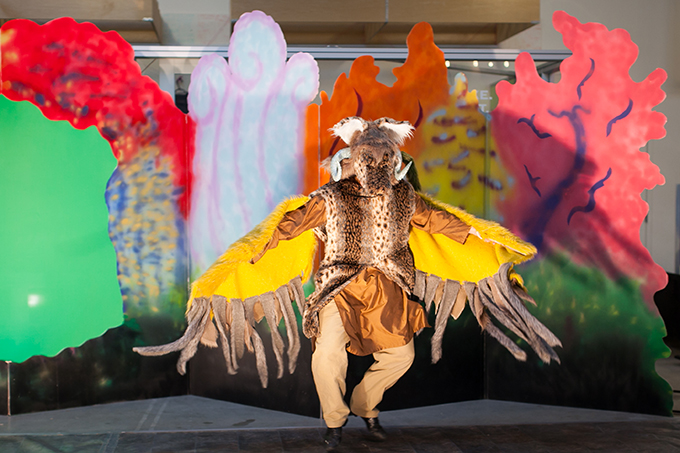 The group's bright and colourful set, elaborate costumes and GIANT puppets set the tone for their creative rendition of the tale. They chose to present The Jabberwocky as a story ballet, which they explained was a ballet performance combined with a storytelling approach. 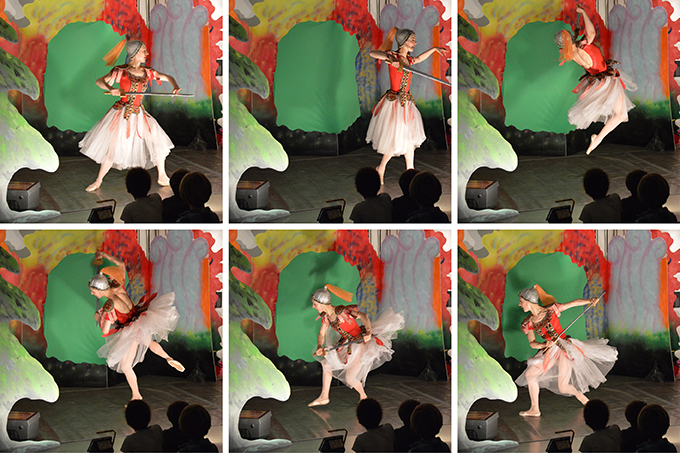 This telling of the story saw Yukina ventures into the mysterious Tulgy Woods, where she ends up learning some important lessons about friendship along the way. In contribution to anti-bullying awareness, ZarYevka Ballet's show is also a tale of courage, mistakes, forgiveness and self-examination. While enjoying this stunning ballet, the audience was also moved to think about how their words and actions may be affecting those around them, perhaps even accidently. 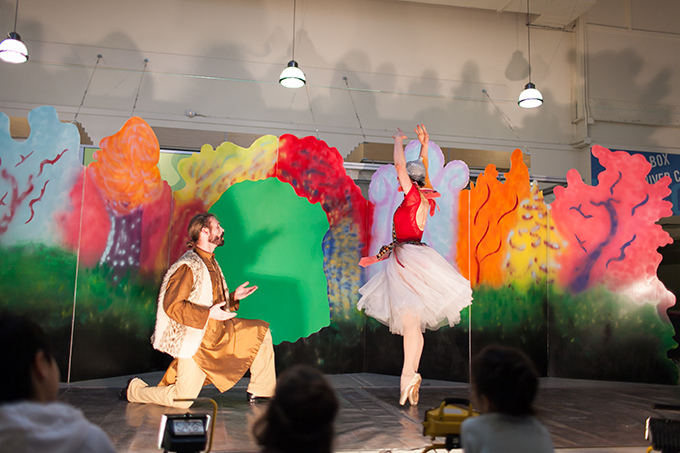 The audience was encouraged to participate in the show. When the huge dragon appeared behind the unsuspecting hero, the kids in the audience were quick to holler and shout to let him know of the lurking danger! 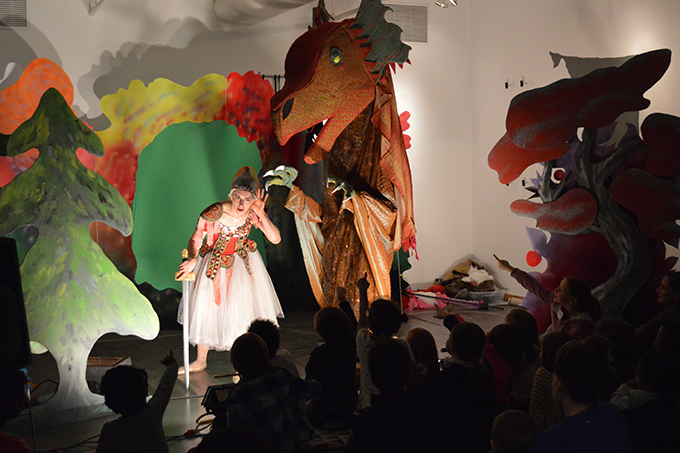 After one performance, at least one 7-year-old spectator was inspired to gleefully dance throughout the space, completely immersed in her own heroic story. No doubt many others went home with a skip in their step. Tiny ballerinas-in-training loved meeting the dancers after the shows. 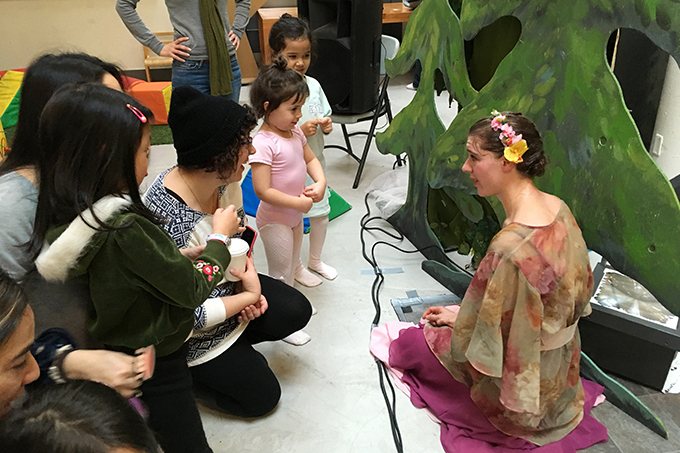 Our guestbooks were was packed with wonderful comments from families. Here are just a few… 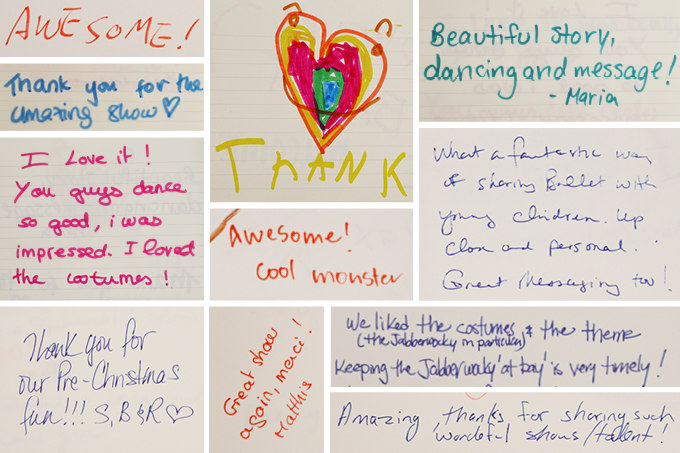 That's a wrap for 2016! We don't schedule events in the busy month of December, so please mark January 28 and 29, 2017 in your calendar. Kallie George, author of the Magical Animal Adoption Agency books, will be hosting a workshop combining storytelling and visual arts. Stay tuned for details and be sure to sign up for our Gallery eNewsletter to receive monthly updates about upcoming family events.

We look forward to seeing you again in the new year!