Music to the World’s Ears 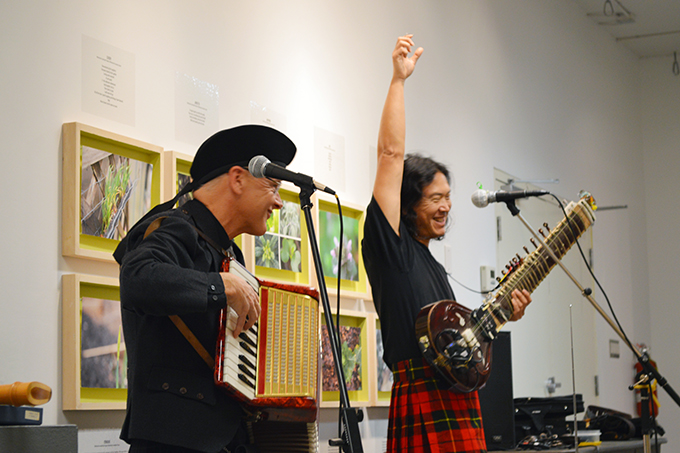 When you hear the words kimchi and haggis, you may think of food. But for the musical group Kimchi Haggis, the words imbue a sense of culture and place. Scottish bagpipe player Joe MacDonald and Korean sitar player Andrew Kim fuse not only their two backgrounds, but those of many other countries as well.

When the audience assembled at the ArtStarts Gallery in Vancouver and at River Market in New Westminster on the weekend before Halloween, kids and adults alike weren't quite sure what to expect. But as everyone settled into their pillows and chairs, they were taken on a musical journey around the world. 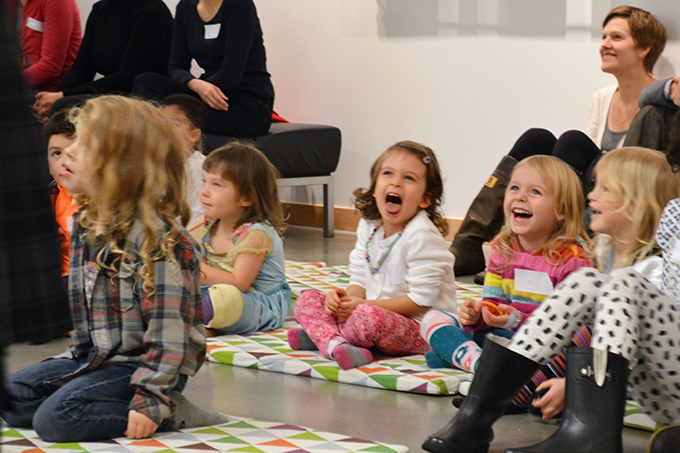 Joe and Andrew began the workshop by marching into the space, playing the bagpipes and sitar. On the stage and table before the kids were a number of instruments, which Kimchi Haggis proceeded to explain to the kids in the audience dressed up as princesses, kangaroos and Spiderman. 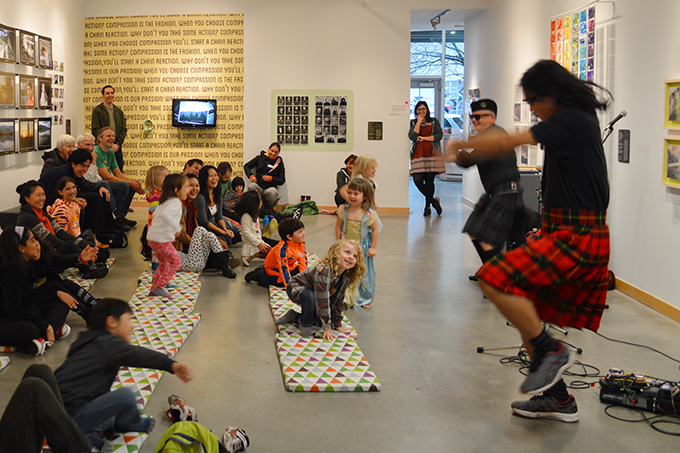 They showed the crowd an accordion, how a sitar could be played to create a rock 'n roll fusion, and an electromagnetic reverb sitar that created bagpipe-like effects. Andrew explained that an Indian sitar is traditionally made from a dried pumpkin to form the resonance chamber and a long bridge with 20 strings, played with three fingers. He played both traditional music and a better-known rift, the Simpsons theme song. 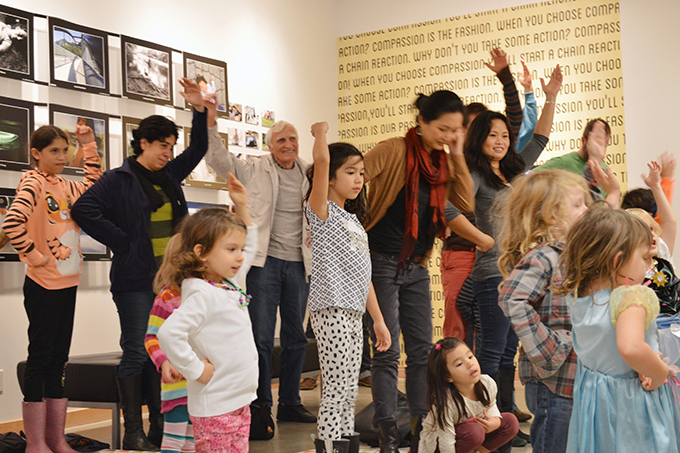 Joe introduced a rapt audience to the recorder and the world's smallest bagpipes, made from a balloon and a harmonica (which got the crowd giggling quite a bit). Other instruments included an erhu and an African kalimba (or finger piano). 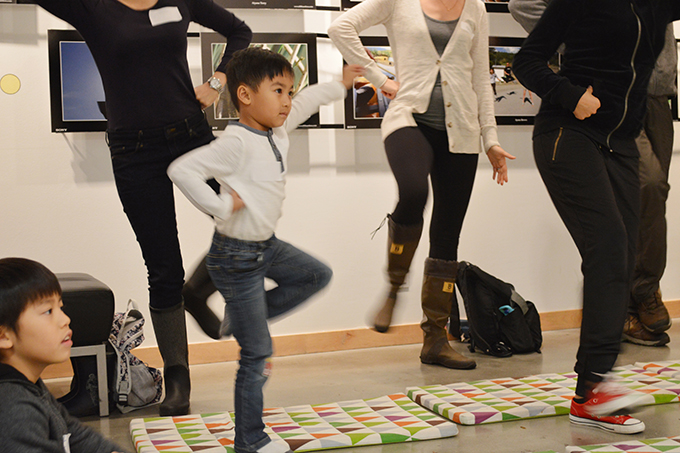 The highlight of the show for the kids was a Russian theremin, which Andrew put together with an antenna and some Lego. Attached to an amplifier and speaker, the device can be played without touching it (cue Star Wars "force" references). Electric signals are interrupted as you bring your hand closer to the antenna, resulting in low- to high-pitched electronic sounds.

When asked to come up and give the instrument a try, it was met with both eagerness and nerves. Some kids got really into it, waving their hands around like they were scratching a record, while others shyly stood beside the theremin with a still hand, creating a monotone sound. 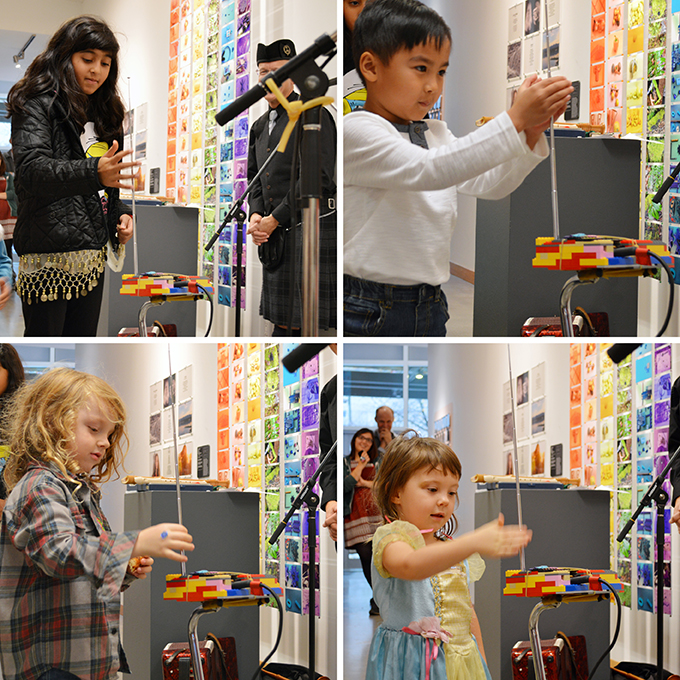 To end the session, Joe taught the kids a simple highland dance. Dressed in their kilts, he and Joe looked every bit the part and encouraged the children to come join them on stage. Many of the kids picked up the steps super quickly, exactly what we hoped for.

Kimchi Haggis inspired kids to ask more questions about how the instruments worked, where they were from—and one little girl finally worked up the courage to ask to use the theremin. Her musical journey around the world is just beginning.

We look forward to seeing you again at the end of November! Join us for The Jabberwocky, a narrated story ballet performed by ZarYevka Ballet, featuring giant puppets, colourful costumes and exciting professional dancing. Join Yukina as she ventures into the mysterious Tulgy Woods, learning some important lessons about friendship along the way. Join us at ArtStarts on Saturdays at the ArtStarts Gallery in Vancouver on Saturday, November 26 or at ArtStarts at River Market in New Westminster on Sunday, November 27. Learn more.