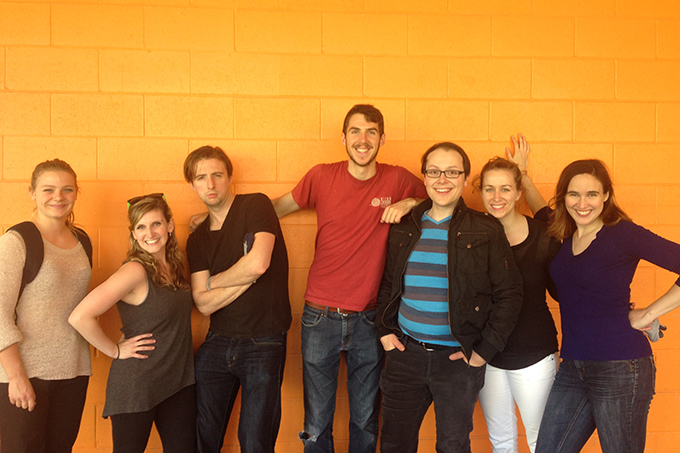 Fall may have officially arrived and kids are a month into the new school year, but summer gave us an encore performance last weekend, with the sun shining down across the Lower Mainland for Culture Days. At the ArtStarts Gallery in Vancouver on Saturday and at River Market in New Westminster on Sunday, Axis Theatre Company helped us celebrate Culture Days with performances of their play, Hamelin­: A New Fable.

The cast and crew assembled their beautiful set (which won a Jessie award for "Outstanding Design Concept"!) just before families come pouring in. While eager children slapped on colourful name badges and secured prime pillow seats at the front, parents looked on from the (just as good) chairs in the back. 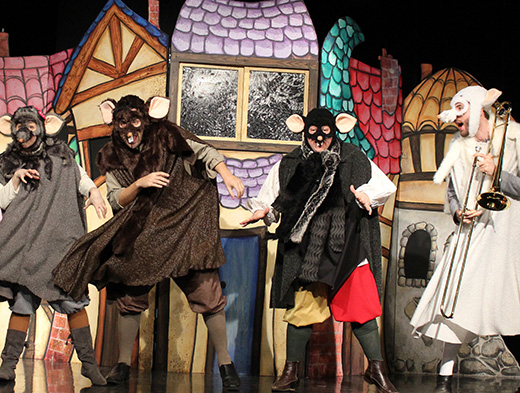 Hamelin­: A New Fable is a musical tale about the importance of keeping your word. But this isn't the only lesson packed into this 50-minute production: the mayor also learns that the best things in life are free; how to work together under adversity; and the importance of being part of a friendly community that supports one another.

The kids in the audience were most entranced by the appearance of puppets — mostly big, furry rats, but a few forest creatures also made appearances – pointing to the puppets as they sprung out around the set. We also spotted a few children drumming along to the music and raising their arms in unison with the actors on stage during the theme song. 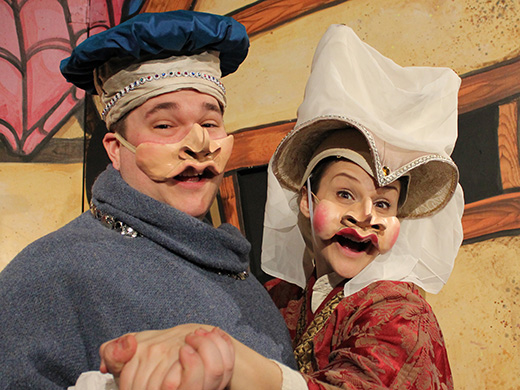 The actors are well accustomed to performing up-close with kids. As a few eager little ones edged forward in their seats, one of the performers — the minstrel — cleverly worked in a line about giving musicians space on the stage and the kids shuffled back to do so. Toward the end of the show, the mayor went around collecting high fives.

Speaking of mayors, the actual Mayor of New Westminster, Jonathan X. Coté, was at the show with his daughter, though we're pretty sure he doesn't need any lessons. And another special guest in the audience was Leslie Mildiner, the writer of Hamelin: A New Fable.

We heard lots of great feedback after the show. Here are a few comments shared in our guestbook:

“Thank you so much for putting this on for our child’s enjoyment. We’ll be back”

“It was a great show. This is the first time my son sat through any event. Thank you.”

Thanks to Axis Theatre Company for a wonderful weekend!

We have more free family events coming up soon! Join us at ArtStarts on Saturdays in Vancouver on Saturday, October 31, 2015 and at ArtStarts at River Market in New Westminster on Sunday, November 1, 2015 for Seeds for Bees: A Make and Take-Home Activity to Help Save the Bees with artists and beekeeper Lori Weidenhammer. Kids will explore the fascinating world of seeds and seedpods with Lori, and learn how to make seedy care packages for the bees in your garden or as a gift for your favourite gardener. Sessions start at 11am and 1pm. As always, admission is free! See you there!