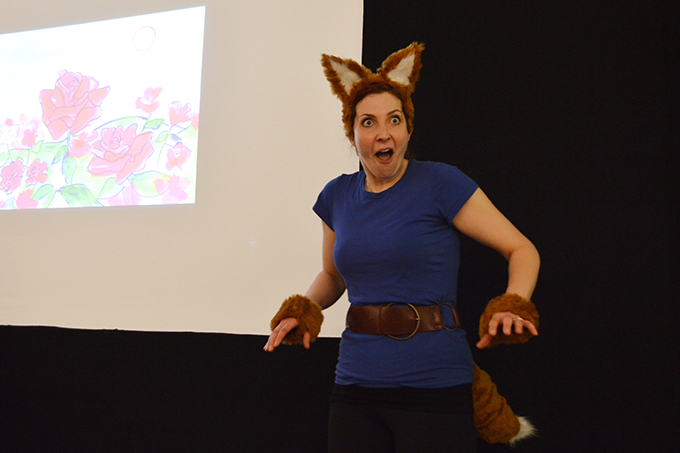 The talented Tara Travis and Nancy Kenny from Monster Theatre started things off by introducing a pilot. This pilot (coincidentally named Tara) did not seem to understand the stars, planets or flowers! She begins to question all of her life choices as her airplane takes a dive into the Sahara desert. 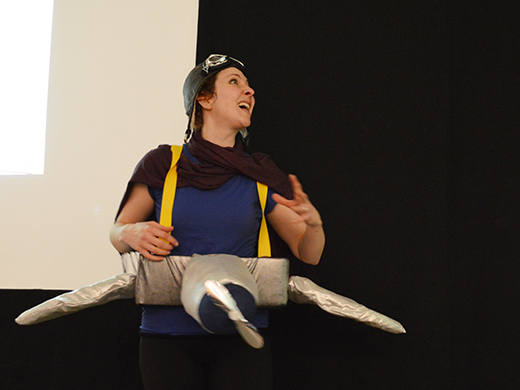 Upon landing, she finds an acquaintance with a little prince who lives on a distant planet called Asteroid 325. The little prince's planet is so small that it is possible to watch the sunset forty-four times in one day! He decides to leave his small planet in search of friendship. 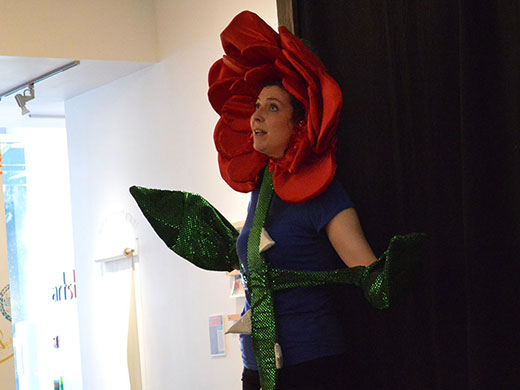 Before leaving, the little prince speaks to a beautiful rose who is really needy – she's always cold or thirsty. The beautiful rose sang and smelled nice and understood the true importance of nature. The prince couldn't spend too much time with the rose, as many seeds fly through space and he is constantly working really hard to not let the baobab weeds take over his planet. 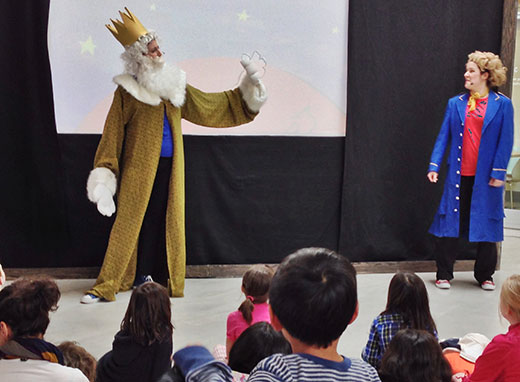 Finally, the little prince decides it's time to begin his interplanetary journey. He is determined to find un vrai ami – a true friend. On his quest for true friendship, he meets a King who has no friends – only subjects to speak to. Next, he travels to a planet where he encounters a businessman who is far too busy to make friends. He is too busy counting, calculating and making money and thinks he is far too busy and important to have any friends.

The little prince journeys to a third planet where he comes across a lamplighter who doesn't even have time to brush his teeth or take a bath! He remembers that at least his rose friend smelled nice. On the fourth planet he visits, he meets a giant book - inhabited by a geographer, who only writes down what an explorer tells him but he doesn't have any explorer friends so he has actually never written a thing!

Discouraged by a lack of friendship and the busy occupants of various planets, the little prince decides to head to try his luck on planet earth. He meets a scared fox that can't be friends with the prince because he has not been tamed yet.

The little prince finally realizes that despite his search, his beautiful rose was real his true friend after all. She makes nectar for the birds and bees and she appreciates beauty, and even though she is a bit needy, the prince realizes that the rose had tamed him!

Thinking about what he can do to help his own planet, the prince decides to bring something back to Asteroid 325. He needs to control the growth of the baobab weeds so he can spend some more time with his true friend. He brings back a sheep to eat all the baobabs and a muzzle so that the sheep will not accidentally eat the rose.

To conclude, participants were asked to look way up at the stars and to wonder if yes or no, the sheep has eaten the rose… 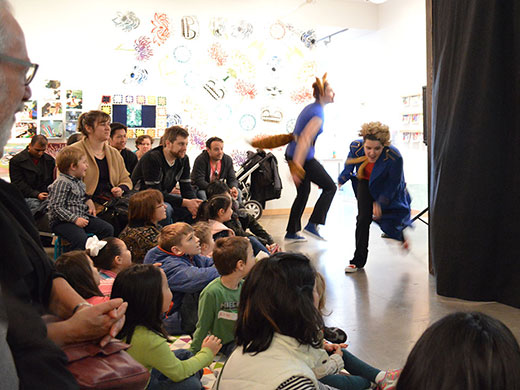 We look forward to seeing you at our next events:

My Space as a Self-Portrait Collage with photographer Kyra Kelpin will be a fun workshop for families at ArtStarts on Saturdays in Vancouver on Saturday, March 28, 2015 and at ArtStarts at River Market in New Westminster on Sunday, March 29, 2015.

Saturday, March 28, 2015 will also be the last day to explore our exhibition, Dwellings: From Seabeds to Cityscapes at the ArtStarts Gallery!