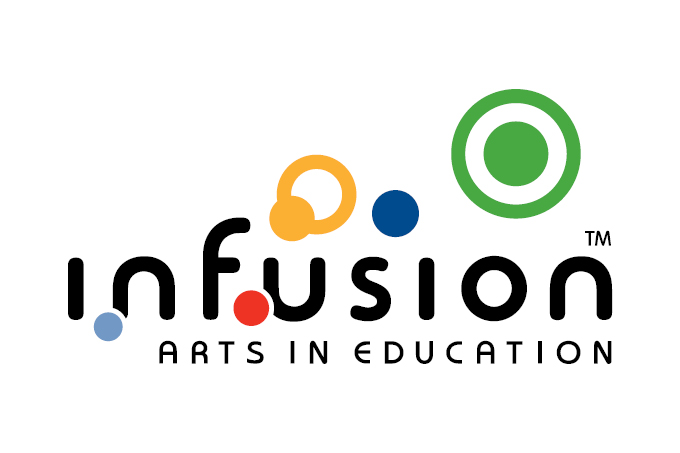 Guest blogger Sara Pitt teaches French Immersion Kindergarten at George Pringle Elementary in West Kelowna, BC. She has been involved in arts integration over her 17-year teaching career and is excited to be developing her own such projects, as well as being recently involved with ArtStarts and working with artist Paula Scott as part of the Infusion Cohort program. Sara will be sharing some of the arts integration projects that she has been involved in.

In this project, our 3D creations married yet another awesome fine arts project with our math curriculum objectives of equations, measurement of weight and finding balance! 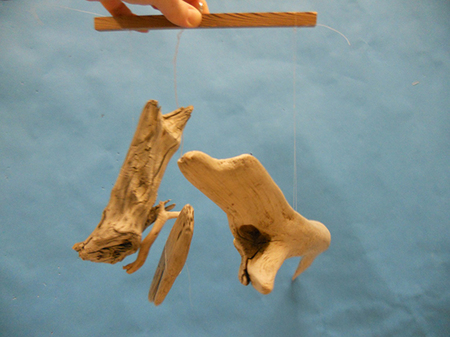 Students worked with a cool material — drift wood — and found several small pieces that weighed the same as one larger piece to be placed on either end of a slightly "bowed" piece of word. Thank you to Infusion Teaching Artist Paula Scott for bringing the 'organic' element to the project and for spending all that time collecting the different pieces. 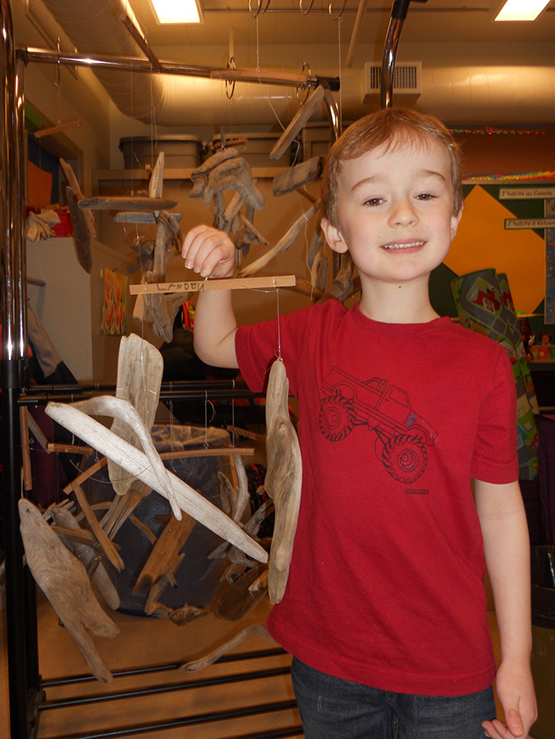 Students began to understand the concept of "what is on one side has to equal what is on the other". I may do this project differently next year as students found it difficult to see how one side of multiple pieces of wood equals one of the other, development wise (in the same way that some are not yet ready to understand that a nickel equals five pennies), but I wanted to give it a go this year anyway. Students had the opportunity to be creative and innovative, as they able to select of the pieces of wood. Looking at their visual creation enhanced memory, especially for our visual learners, of what balance can look like. 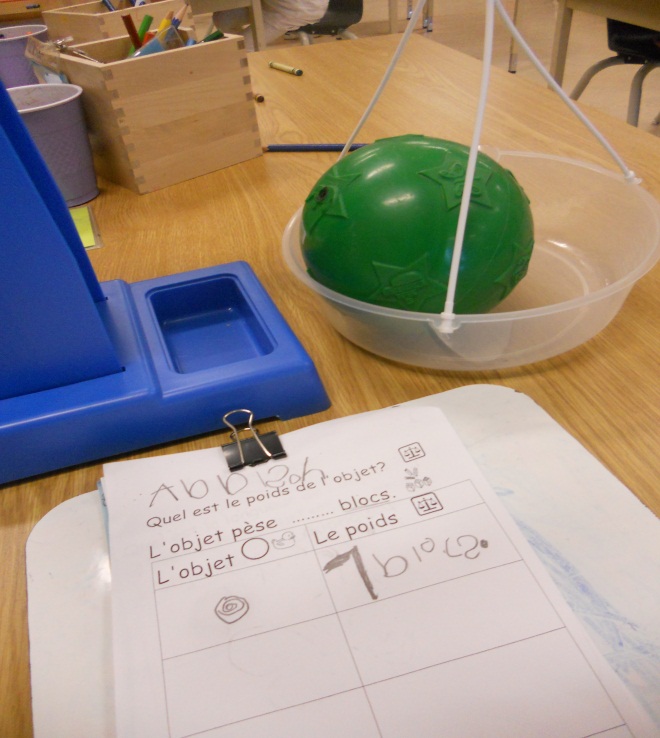 One of criteria of success for me is if we can use the same project item for development of skills or concepts at a future time. As well as looking neat, this project was used it again when we then began to weigh a Show and Tell item used for our Sink and Float work later on! 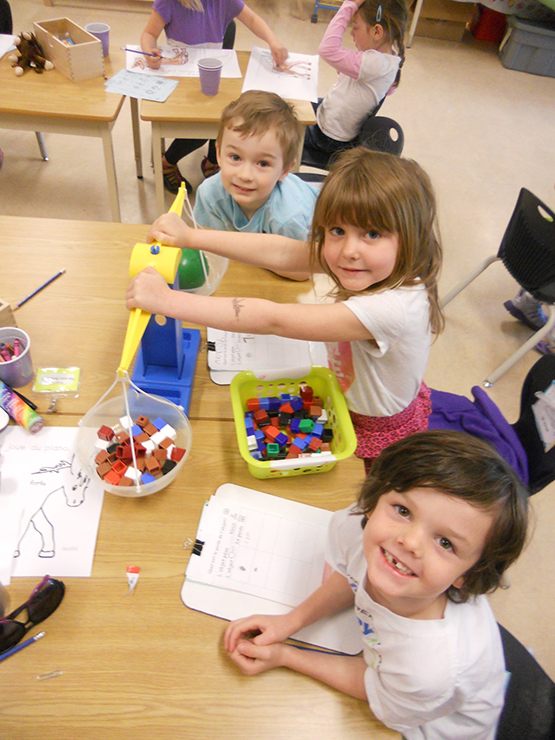