Miming and More with Trent Arterberry 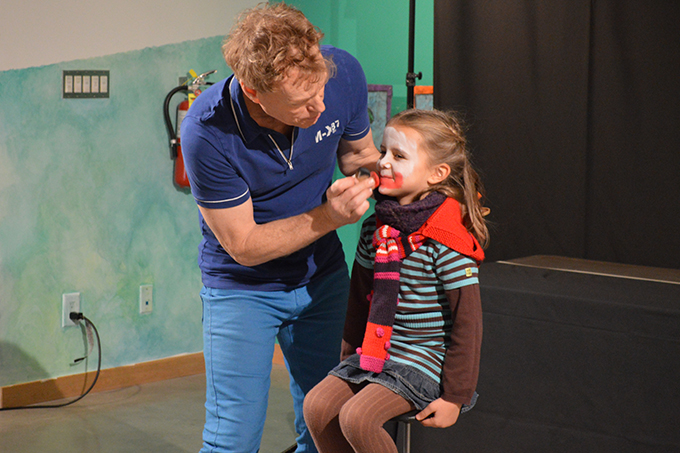 Trent Arterberry is an award-winning performing artist whose unique brand of physical theatre combines masterful mime, poignant monologue, comedic speaking characters and dramatic narratives. We were happy to have him present at ArtStarts on Saturdays in Vancouver and at ArtStarts at River Market in New Westminster this November.

You never know who — or what — Trent Arterberry will be… but you can rest assured that he'll be a lot of fun! With minimal props, Trent morphs from character to character. We met Roboman, with his signature robotic dance moves, sound effects and music. 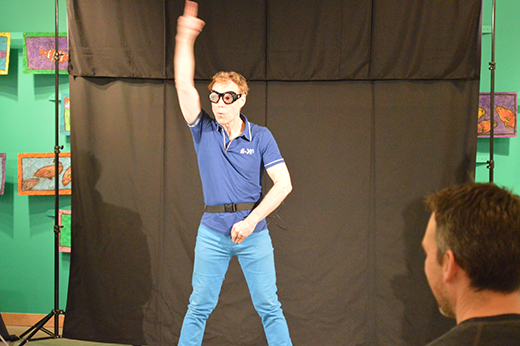 Diminutive dance star, Mr. Bigg was also in attendance (emphasis on the dance). He dazzled us with his variety of talents, dancing to any style of music, from rap and Russian folk songs. 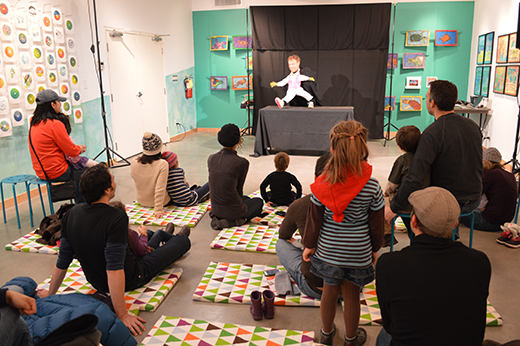 Other antics included tug of war competition (with dancing thrown in for good measure!) and great feats of strength including a pull-up contest. Who knew mimed muscles were so strong?! 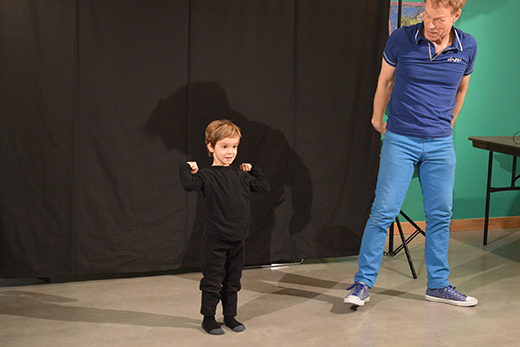 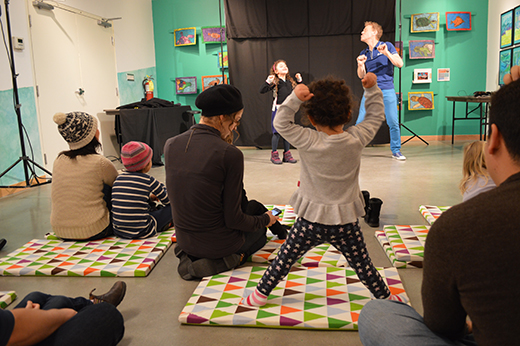 Trent shared some of his miming talents with the audience, like when the room was filled with laughter as Trent wrestled with a large balloon and nearly floated away. He also got the audience in on the action, teaching them to mime themselves. He even performed special mime makeovers on some lucky volunteers. 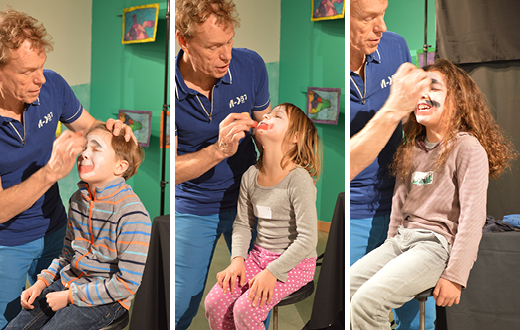 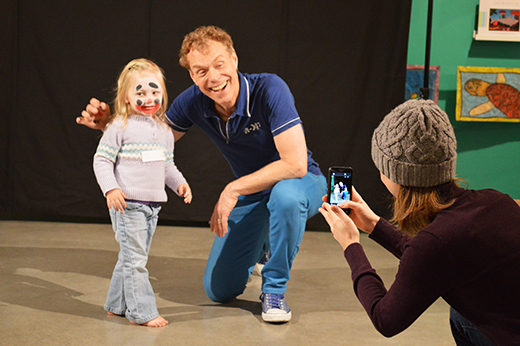 Thanks to Trent for all the fun! 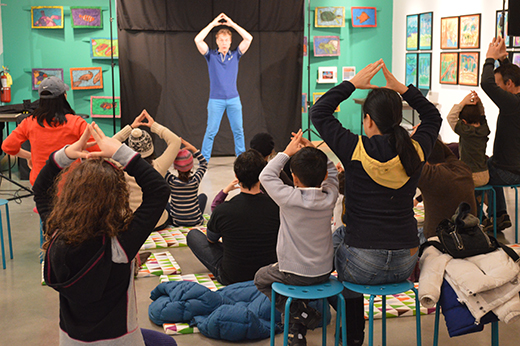 Please note that there are no events scheduled for the end of December. We look forward to seeing you again at ArtStarts on Saturdays in Vancouver on Saturday, January 31, 2015 and at ArtStarts at River Market in New Westminster on Sunday, February 1, 2015 for Fun and Play with French-Canadian musical duo Vazzy.