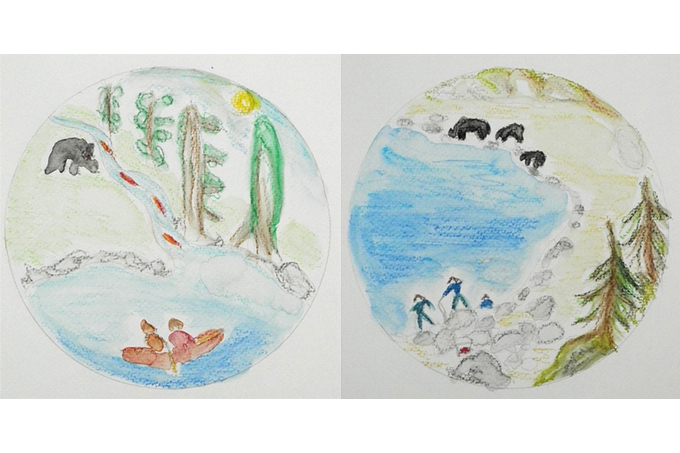 During our first visit to the schools, Alison and I invited the children to make a drawing for their part of the Taan's Moons story. Based on the childrens' drawings and stories, I we will create circular illustration sketches for the moons.

The children's drawings for the Taan's Moons poem, created during our introductory visit to the elementary schools of Haida Gwaii, play a very important part in the design of the thirteen felt moons. Together with Alison's poem, they informed me how to design the sketches for each moon/month. The children had unique stories and drawings, with new ideas to incorporate. 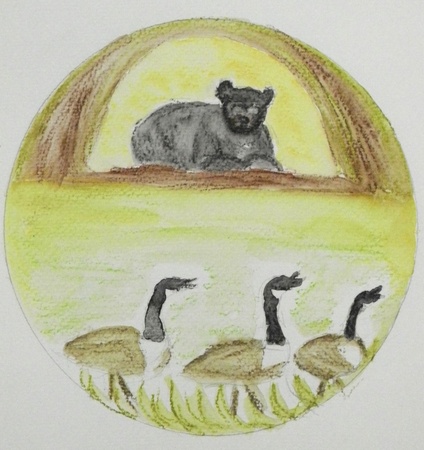 For Food Gathering Moon, a student had drawn two baby bear and one mama bear, she said, "Bear eating berries. Two bear cups love their mama. They're just outside the Kindergarten room." For that moon, I made sure to have two cub bears following their mama bear. 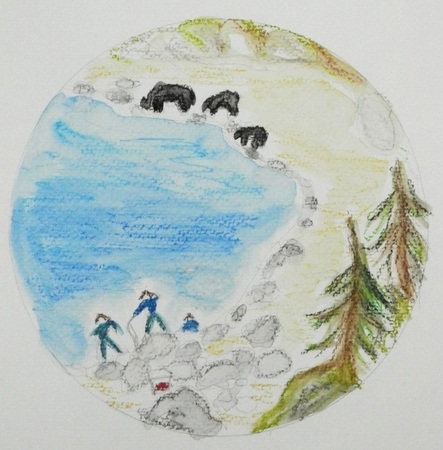 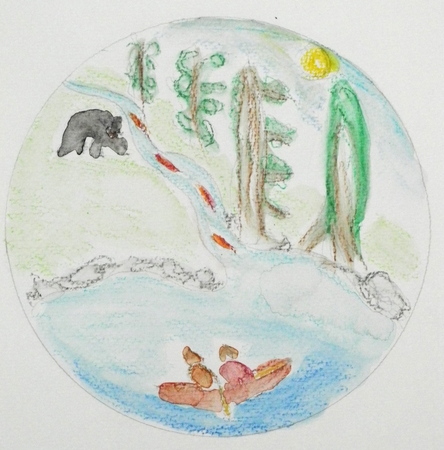 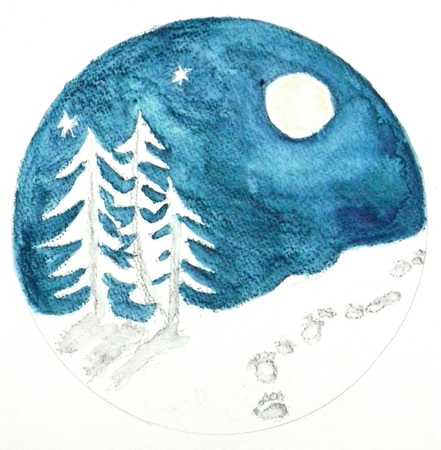 The 13 circular sketches will be used as guidelines for the creation of the felted moons. They also inform me about the kinds of felting activities we need to do to create elements that will be inserted in the large moons. For example, we will create small felted squares with some honking geese with the school that creates Noisy Geese Moon, and we'll create felt seaweed and small squares with crabs and fish for Food Gathering Moon and Fish Moon, and bear foot prints in snow for Snow Moon. We will prepare all these ingredients in our next session at the schools.