If you visited the ArtStarts Gallery this year, you'll certainly recall the stunning felt moons that were on display in our Timescapes exhibition. Created by Kindergarten and Grade 1 students on Haida Gwaii in collaboration with artist Kiki van der Heiden, the moons depicted the passage of time through the eyes of a bear. Each moon was accompanied by a poem, written by Alison Gear. It was a story based on one of several versions of the Haida Moon Cycle.

Kiki and Alison have now published a picture book version of Taan's Moons: A Haida Moon Story, published by McKellar and Martin. 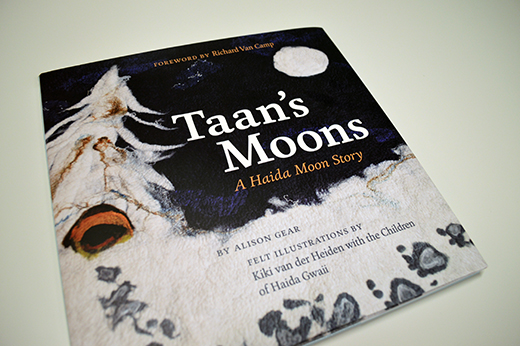 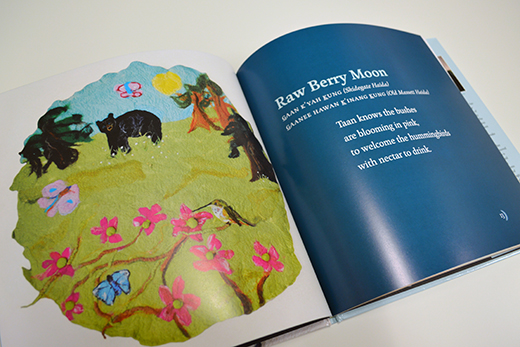 The book includes photographs of each moon, each accompanied by a poem. Each moon is also named in both Skidegate Haida and in Old Masset Haida. 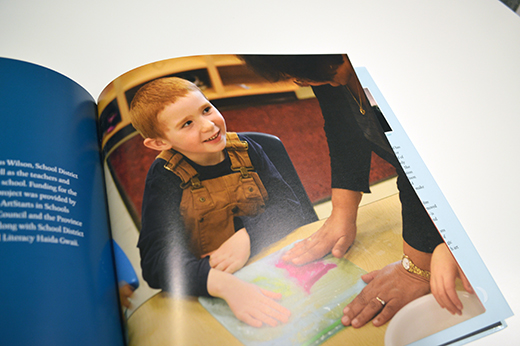 This is a story woven together by the community on Haida Gwaii. "Taan's Moons is respectfully based on traditional Haida knowledge and was written to honour it," said Joanne Yovanovich, Principal of Aboriginal Education for School District No. 50, Haida Gwaii. "Through Taan's Moons, our children are offered another perspective in which to view and interact respectfully with Haida knowledge. We hope this book inspires others to continue to be creative and share their stories."

If you'd like a copy of the book, visit mckellarmartin.com to order online.

Congrats to Kiki, Alison, and the children of Haida Gwaii for continuing to share this wonderful story with the world! 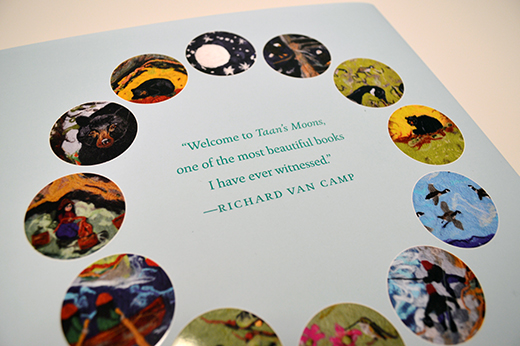