Get the Ball Rolling: Artists in the Classroom 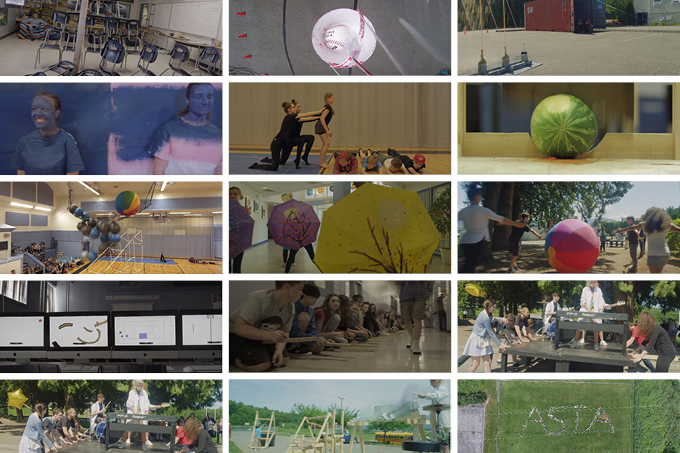 Today's guest blog comes to us in two parts from Andrew Matty, teacher and Executive Director at Abbotsford School of Integrated Arts (ASIA), Sumas Mountain Campus, in Abbotsford, BC. The whole school took on an ambitious creative project, supported by a large-scale Artists in the Classroom grant, to develop and execute a massive Rube Goldberg machine. Luckily for us, they filmed the whole thing! Click here to watch the video on ASIA Sumas' YouTube Channel.

Here, Mr Matty shares the story of how this huge project got started in the first place, as well as his reflections and insights on the process as it unfolded.

If you're feeling inspired to kickstart a creative arts project in YOUR school, read on to discover three ways to get started right now. 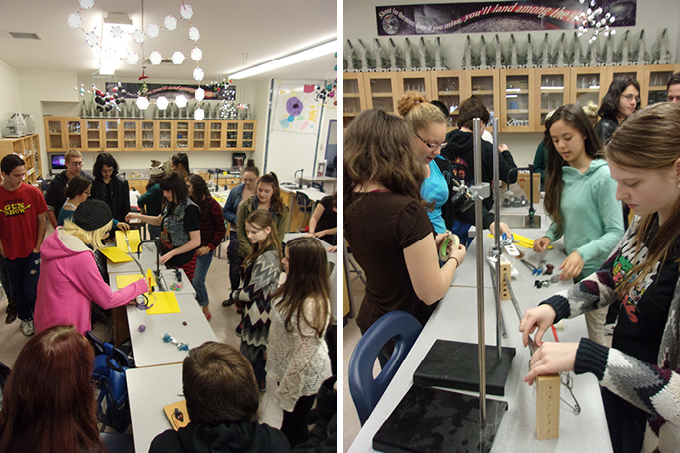 Part 1 — What Got the Ball Rolling?

Two years ago, I was introduced to a video from a band called OK GO. The title of the video was called This Too Shall Pass. In the video, the band created a song to complement their complex Rube Goldberg machine. The video is simply amazing and definitely worth a quick YouTube search. It really inspired me! It contains the elements of mathematics, physics, chemistry, music and visual art. I have seen Rube Goldberg machines in the past, but none that have integrated the arts like this one had. After watching the video, a colleague and I started discussions about attempting something similar at our school, Abbotsford School of Integrated Arts – Sumas Mountain Campus. We call ourselves ASIA Sumas. We dreamed of an integrated Rube Goldberg machine that contained even more of the elements of art and other subjects such as dance, drama, digital media, photography, PE and more. We dreamed of a machine that would involve the entire school, every student, Grades 6 to 12. We dreamed of a machine that would take place throughout the entire school on all floors and would eventually be filmed and uploaded to YouTube. For those of you wondering at this point, a Rube Goldberg machine is simply an invented machine that performs a simple task, often including a chain reaction of events.

Two years later, we submitted a 10-page application outlining our project for a large-scale Artists in the Classroom grant through ArtStarts. They graciously accepted our proposal and provided the $10,000 grant which was the majority of our funding to make it all happen. Shortly after, I then had a small panic attack and realized the tremendous struggles and hardships that were ahead of me, my staff and my students. In applying for the grant, there was a part of me that was hoping it would not get accepted, as it would save me hours of stress and extra work. When notified of the proposal being approved I was shocked, thrilled and terrified while thinking about what was going to happen over the course of the year. I would soon realize how much collaboration, communication and teamwork this project would require and I began to look for community members to help with the project.

We discussed our proposal with local artist Dale Klippenstein to see if he would be willing to be the artistic director of the film and bring his insight, creativity and wisdom to the team. He was able to help bring the vision into a reality alongside local professional film crew, Time Lapse Film. In addition, the local University of the Fraser Valley was asked to see if the Physics Department and any senior physics students would be willing to support our cause. Thrilled about the opportunity, they all agreed to the vision and were more than excited to be a part of it. With such a large project to take on, we needed all the support we could get from the community.

At the beginning of this school year, the students were notified, the initial plans were set and the ball was in motion. When looking ahead, the pathway to success looked sequential, orderly and manageable. I was soon about to realize that the pathway to success for a project like this would instead resemble a spiral mess of the most complicated three-dimensional maze. However, the arts lends to the trials and errors that occurred in this vision. As an artist, you have to be open to altering your work or even repainting the canvas and starting over. However deep the hardships and challenges, everyone involved in the project did their part and we collectively achieved our goal!

Now... it's time to watch the incredible video of this project! 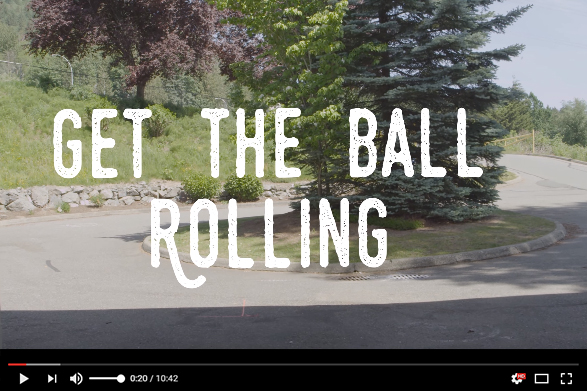 Part 2 — Insights from a Rube Experience: Getting Ready to Launch

Next week is finally time of the public release of Get the Ball Rolling on YouTube. As the excitement and anticipation builds, I reflect on what made it all possible.

Collaboration is at the forefront of all my thoughts. There were endless decisions to be made around the school involving students, staff and administration. Having a staff that communicated almost weekly about the project from even the developmental stages established the success of the film. When the year began, the school needed to be divided up into smaller classes in order to make individual machines throughout the entire school. As a staff, we discussed several options and came up with a model that worked for both the middle and high school. Other topics that required a strong collaborative staff were decisions about making purchases, storage of materials, keeping track of funds, timelines, scheduling, troubleshooting individual machine problems, etc. 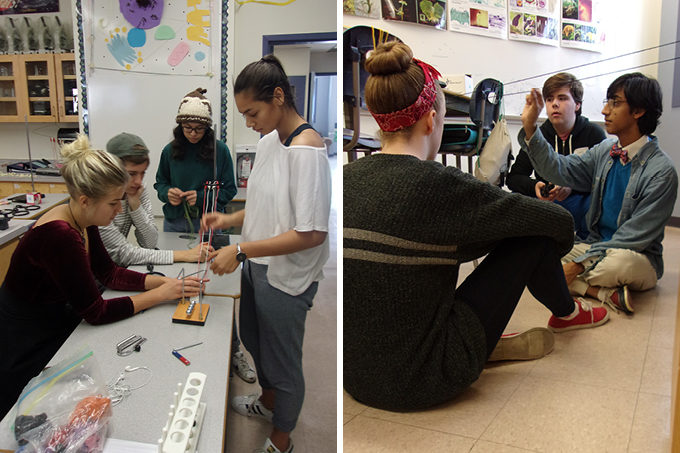 Once individual machines were in their finishing stages, they all needed to connect into the larger machine. Doing so was a very challenging process, especially because we were incorporating human participants in and throughout the machine. Staff members and students all needed to communicate with one another to ensure individual connections would tie together successfully before and during the filming of the event. When thinking about the trials we had to work through together as a staff and school community, communication, perseverance and teamwork made it all possible.

Knowing in advance that this project was going to need outside help from the community, the local university and several businesses were asked to help donate resources and provide wisdom in designing portions of the machine. The University of the Fraser Valley Physics Department lent us tremendous support in managing ideas throughout the building phase. Local artist Dale Klippenstein helped cast vision in connecting the machine together and bringing an artistic perspective to the film. And the entire production of the film could not have happened without the tremendous effort and work ethic of the members of Time Lapse Film. Home Depot and Habitat for Humanity also helped in donating supplies for the machine. None of the filming could have happened without the support and aid from the community in this project, including the major Artists in the Classroom grant of $10,000 from ArtStarts, so keep that in mind if trying to tackle something like this in the future. 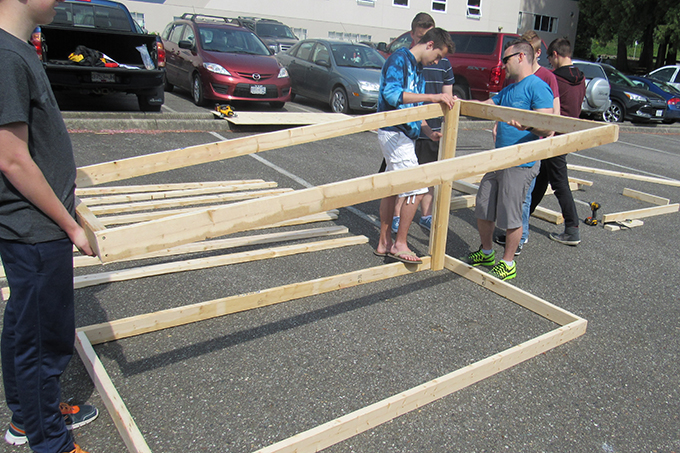 Learn from the mistakes that we made. Think about the end production and any barriers that may occur along the way. At the beginning of the project, there were many challenges that were dealt with early, but there were challenges at the end of the project that simply did not have to happen. More staff collaboration and sharing responsibilities in different tasks could have been an easy way to prevent these hindrances from ever taking place in the first place. Although delegating tasks went well throughout the project, double-checking to ensure major tasks are indeed complete is a strong recommendation whenever possible. With increased collaboration, more responsibilities will be shared and more ideas will be taken into consideration. Doing these things will bring the engagement, motivation and perseverance to carry something like this through.

In attempting a project similar to this magnitude, a shared leadership model is the only way to make it all possible. No matter how daunting the task in mind, observing students demonstrate all of the new BC core competencies and their final reactions of the end product will be worth it, as this was the case for our Rube Goldberg machine. It was worth every drop of blood, sweat and tear.

Here are 3 ways you can activate creative learning for young people... 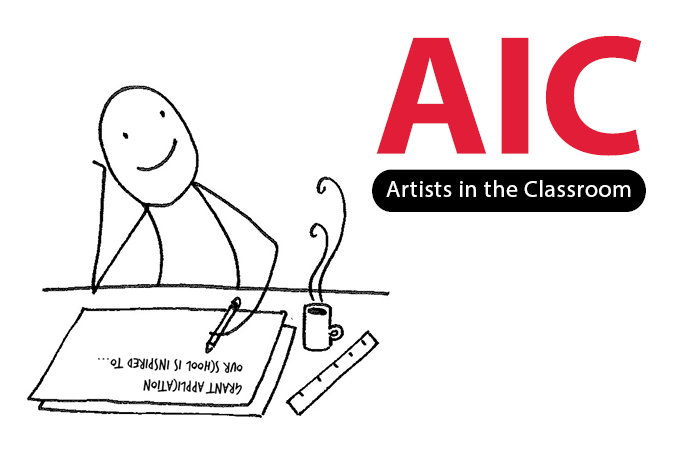 1. Teachers and Artists — Apply for Artists in the Classroom Grants!

The project you just read about was supported by an Artists in the Classroom grant disbursed by ArtStarts in Schools and funded by BC Arts Council and the Province of BC.

Artists in the Classroom Grants bring professional artists into your classroom for unique learning experiences. Grants of up to $3,500 for small- to medium-scale projects or up to $10,000 for large-scale projects are available.

The next deadline to apply is October 17, 2016. Learn more and apply now at artstarts.com/aic 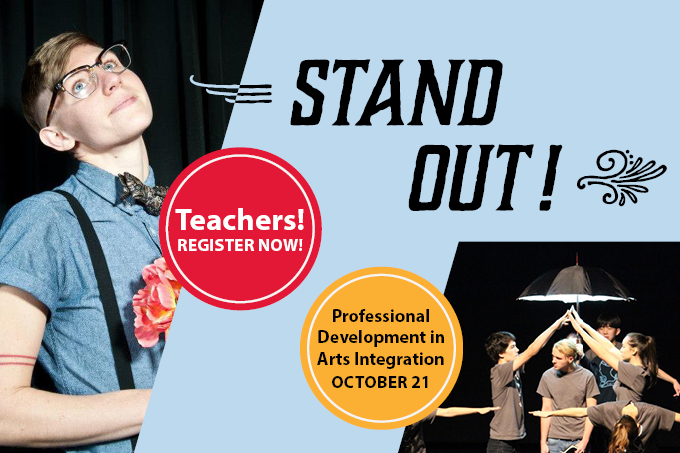 2. Teachers — Register for the Upcoming Pro-D Day at ArtStarts!

Stand Out! Putting Learning on the Centre Stage through the Performing Arts is a full-day professional learning experience for BC teachers on Friday, October 21, 2016 at the ArtStarts Gallery in Vancouver. This event will engage your creativity while exploring arts integration as an approach to teaching.

Take part in two hands-on, skills-based workshops in the arts that aim to nurture your creative confidence: Page and Stage with spoken word poet Dia Davina and Physical Theatre in the Classroom with theatre artist Susan Bertoia. The workshops will be followed by a plenary conversation, facilitated by educator Leanne Ewen, on how we can immediately put these newly learned art skills into action in the classroom. 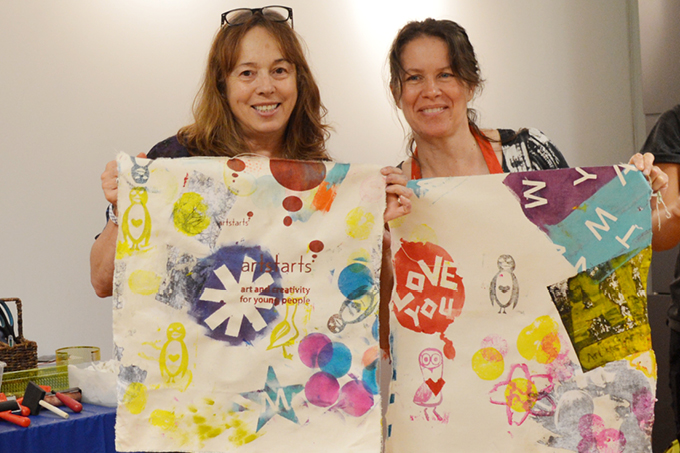 3. Teachers — Apply for Funding to Support Your Profesional Development in the Arts

The deadline to apply is October 28, 2016. Learn more and register now at artstarts.com/aiecbc