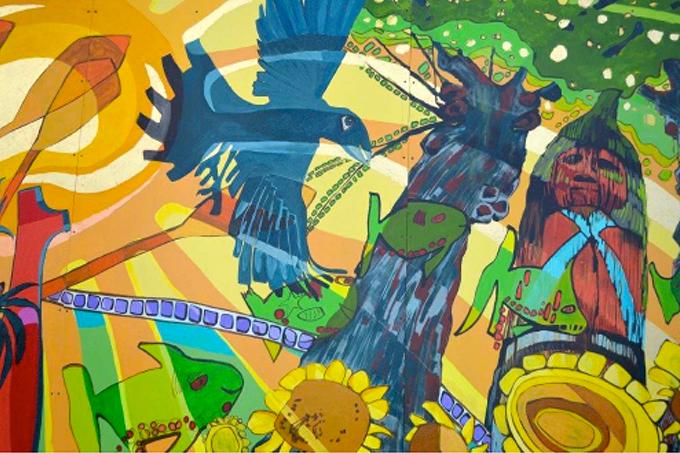 This project received funding from a large-scale Artists in the Classroom grant. This blog post was written and submitted by artist Yvonne Vander Kooi, who worked on this project with Kindergarten to Grade 7 students at Bayview Elementary in Nanaimo, BC. This post is part of an ongoing series chronicling the progress of select AIC grant recipients.

As an artist living and working in the community of Nanaimo, I was fortunate to have worked closely with Bayview Elementary in last year on various community art projects and have a strong working relationship with the staff and students at this inner city school through a previous public art project at a local park.

The Circles of Belonging school-based mural project involved all students from Kindergarten to Grade 7, their teachers, parents and community volunteers. Each classroom participated in a guided process with artist Yvonne Vander Kooi that invited students to explore the concept of belonging through working with various media. 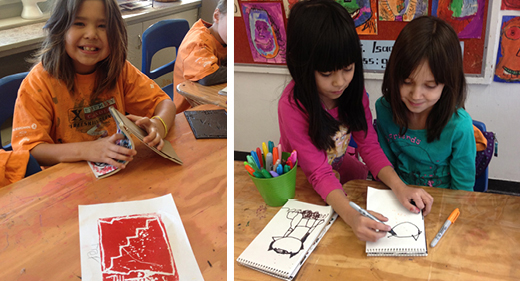 The project was organized into the following three phases:

Phase I — Introduction to Circles of Belonging

The artist met with each class from Kindergarten to Grade 7 at least twice over a 2-3 week period to introduce the mural project. This entailed discussions, stories and drawing exercises to help illustrate the theme and its meaning. In smaller groups they brainstormed and collaborated on paper using text and drawings that answered questions about who we are and where we belong. Each student also received their own sketchbook with the Circles of Belonging logo on the cover to keep as a visual diary throughout the project. These sketchbooks remained in the classroom (Bird Studio) until the project was completed and became a great alternative activity in the class. The sketchbooks were lovely reminders of the project for them when they took them home.

This phase of the project entailed a series of hands-on workshops that explored identity, community, family and peers. The artist introduced various mediums and encouraged playful explorations and techniques to help develop a visual language. Various mediums (printmaking, drawing with charcoal and pastels, paint, three-dimensional assemblage and collage) were used for the image-making process which, in turn, became a rich resource of artwork that helped to contribute to the overall design of the mural. 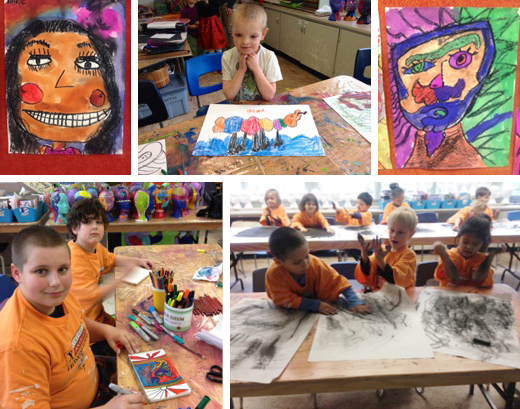 Mandy Jones, a SD68 Aboriginal Educator and a Snuneymuxw elder, was invited to share personal stories and some of the Snuneymuxw First Nations history and legends to help with the image making process by meeting with each of the classes. Each class from K-7 participated in this process almost every week for a period of four months (October to January). The students' experimentation and learning produced beautiful works as is evidenced by the photographs below. 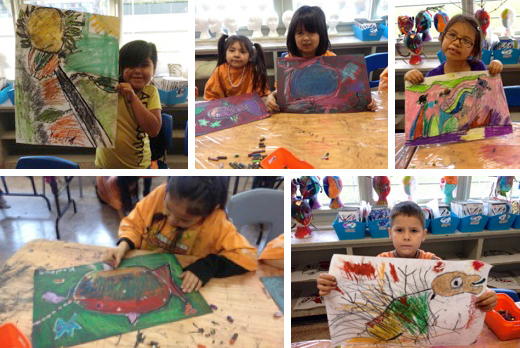 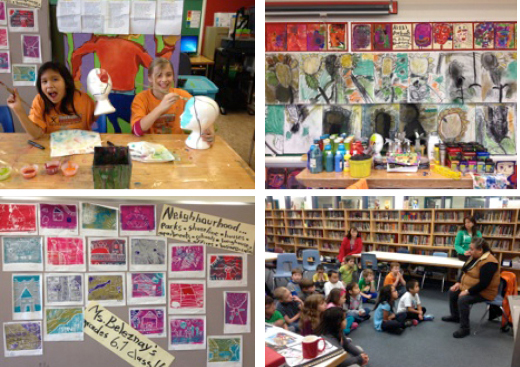 In this phase we finalized the maquette for the mural which was shared with staff and parents throughout the design phase. The artworks the students had created during the workshop phase were the inspiration for the mural. We used a large whiteboard to attach images that were cut, pasted and drawn out, and had discussions about which imagery was most relevant or meaningful to share with the community. The artist then drew out the final design with student help, which was then critiqued and approved by the staff, parents and students. We drew out the mural on six 4' x 8' treated panels of creosone and began painting. For the month of February, groups of 4-5 students came to the studio classroom to draw out and paint the mural under the guidance and mentorship of the artist. When complete, the SD68 carpenters then installed and clearcoated the mural. 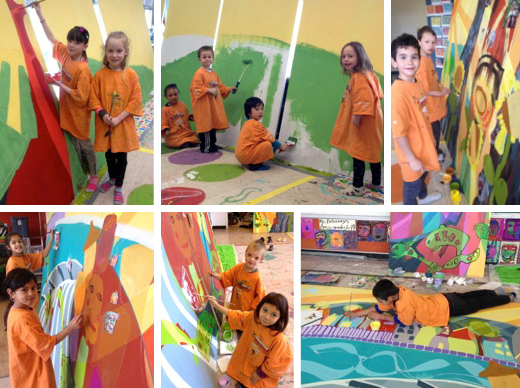 The mural was covered for the few days leading up to the unveiling. Posters and invitations were sent out to parents, the neighbourhood, the chief and community of Snuneymuxw First Nations, the local press, television and radio, and school district administration, as well as the supporters and sponsors of the project. The opening included a blessing given by SD68 Aboriginal educator and Snuneymuxw elder Mandy Jones and shawl dancing and drumming by Bayview students, led by Linda Ermineskin. 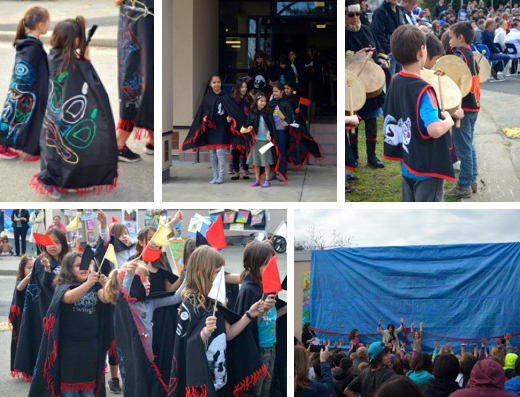 The students, staff, Bayview PAC, artist and local businesses all contributed to make this community mural unveiling a huge success. The excitement and pride was tangible that day and will be a legacy for years to come for the students and staff at Bayview Elementary School.

The school itself has been a wonderful community resource and gathering place for the children and families that live in the south end of Nanaimo. The school plays a key role in the neighbourhood both as a place of learning and in promoting the health and well-being of the community in general. The mural serves both as a tangible expression of strength as a school community and as symbol of hope and optimism for the future. As each child made a meaningful contribution to the mural process, the message of "belonging" came to life in a powerful way.

This project leaves a powerful legacy for the community and the students. The celebration and dedication of the mural offers the students an opportunity to showcase their work to the school community and experience a sense of accomplishment, pride and place. In turn, the community is gifted with a colourful interpretation that reflects and celebrates the students understanding of who they are and the importance of belonging in the world. 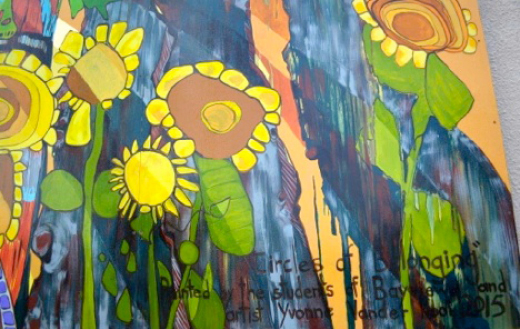 You can read an article about the project in the local newspaper and watch the mural unveiling ceremony covered by local tv station:

Feeling inspired? Apply for Artists in the Classroom grants to work with professional artists in your own school. The next deadline to apply is October 15, 2015. Learn more at artstarts.com/aic