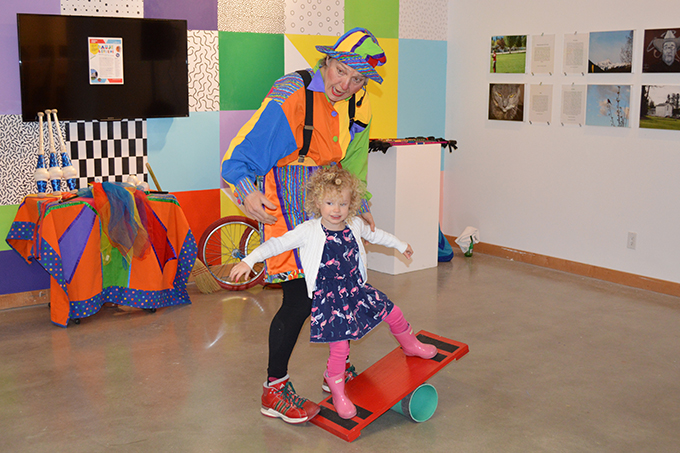 Ask for a definition for "art" and you’ll receive a variety of answers. For some, art may mean visual art forms like painting or sculpture, while others may think of physical activities like dance. For Sand Northrup, art is performance. Her One Woman Circus show combines circus acts with performance and a major dose of audience engagement.

ArtStarts was pleased to welcome Sand to the ArtStarts Gallery in downtown Vancouver and River Market at Westminster Quay in New Westminster this past weekend, for an interactive performance and hands-on workshop. 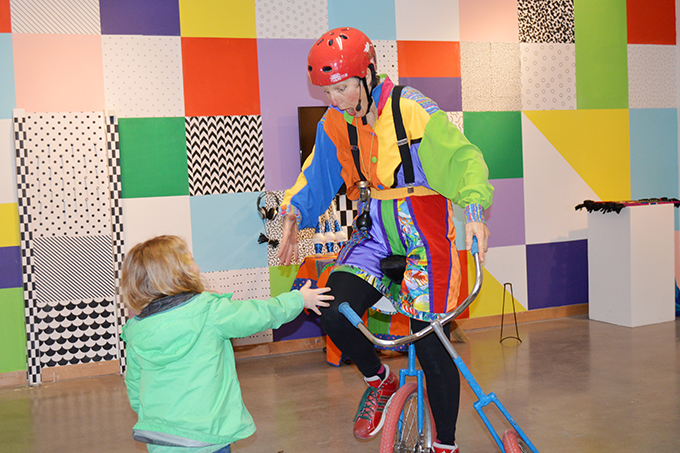 Sand made her entrance in clownish style, speaking through a kazoo to her calmly seated audience. But that calm audience soon grew giggly as they realized they couldn't understand her silly kazoo-talk. And just like that, she won the crowd over.

Sand definitely has a way with kids; she can get them to sit still and pay attention, but still be engaged and ready to participate at a moment’s notice. Starting with some circus basics, Sand showed her audience a few stick and baton tricks. But in place of a baton, she used a magical Harry-Potter-esque broom! Her smooth style definitely had the audience believing it was floating in mid-air. Ever-enforcing good behaviour, Sand made sweeping up a fun activity, clowning around while she dusted the ground. 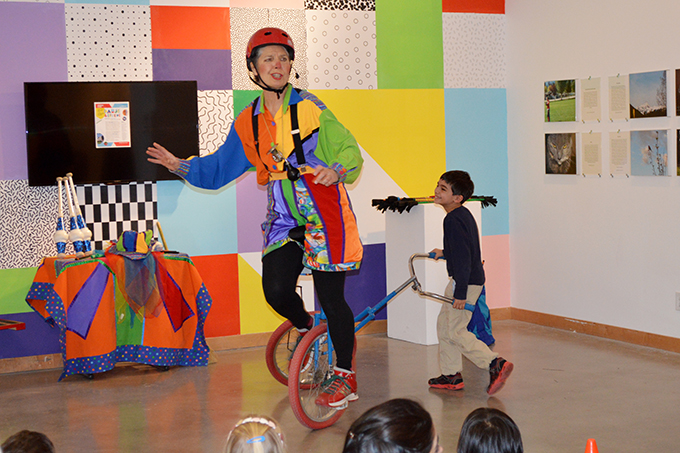 Audience participation at all four workshops this weekend was key to the show’s success. Even when faced with a shy crowd, Sand could always find someone to help. At one workshop, a boy named John showed off some stellar balancing moves, while Zach and Aakriti helped Sand juggle five balls. Later, Sand had a comical journey to learning how to ride her unicycle: in her engaging and silly fashion, she sat on the seat even though it was on the ground, used her hands to peddle, and got all the parts of the unicycle mixed up before the audience helped her get her act together. Her helpers were then a part of a funny attempt at shaking hands wherein the kids tried to shake Sand’s hand while her "shaky" balance and turns brought her just about everywhere on stage except to the handshake. 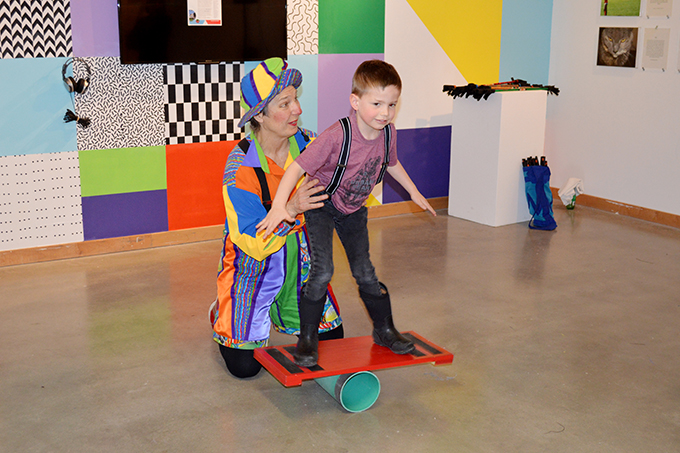 Wrapping up her One Woman Circus, Sand knew just how to deliver instructions for the next part of the workshop: the hands-on part. Teaching a few basic circus tricks — feather balancing, stick and baton tossing, and plate and stick twirling — Sand called on the parents and volunteers to help out. What could have been a real circus of kids running around turned out to be the best kind of circus, where kids were excited and trying new things. Even the parents were having fun balancing feathers on their noses and tossing batons back and forth with their children. 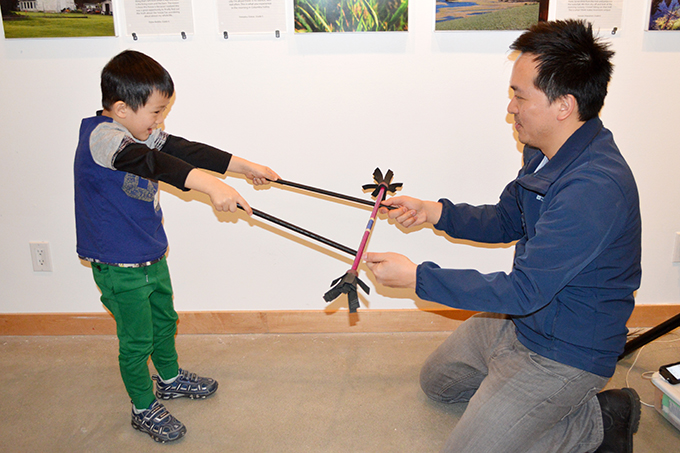 Sand taught us all something very important: it’s okay to have fun and be silly, so long as you know when to listen and how to stay safe. And for young ones still learning what art is all about, Sand’s show is a good reminder that being silly and juggling balls can be artistic forms of expression, too.

Join us next time for Rhymes, Reason and Rascals with Story Theatre Company. We’ll be at the ArtStarts Gallery in downtown Vancouver on Saturday, March 25 and River Market at Westminster Quay in New Westminster on Sunday, March 26 for free events at 11 am and 1 pm. Using traditional tales from around the world, Story Theatre Company builds confidence and empathy through literacy, language arts, imagination and citizenship.