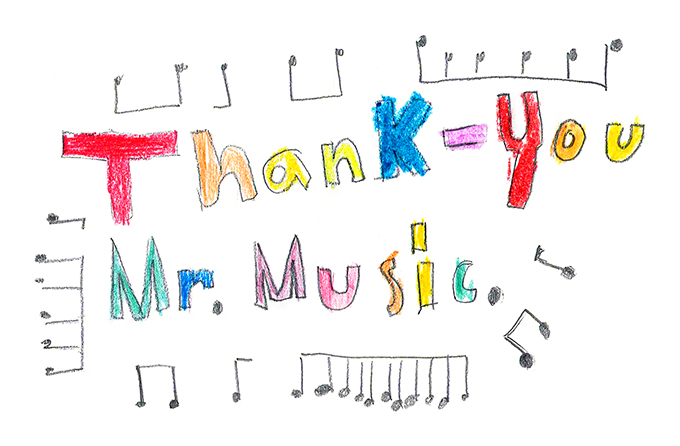 2017 marks the 50th anniversary of the Cherniavsky Junior Club for the Performing Arts, which provides the funding for Cherniavsky's Mr. Music Fund.

In celebration of 50 years, the Cherniavsky Junior Club for the Performing Arts has increased its annual funding amount by 25% for the current 2016‐17 school year. This generous increase meant that every eligible Mr. Music Fund application this year received a grant, which will allowed over 6,000 students to attend classical music, ballet and opera performances in BC! 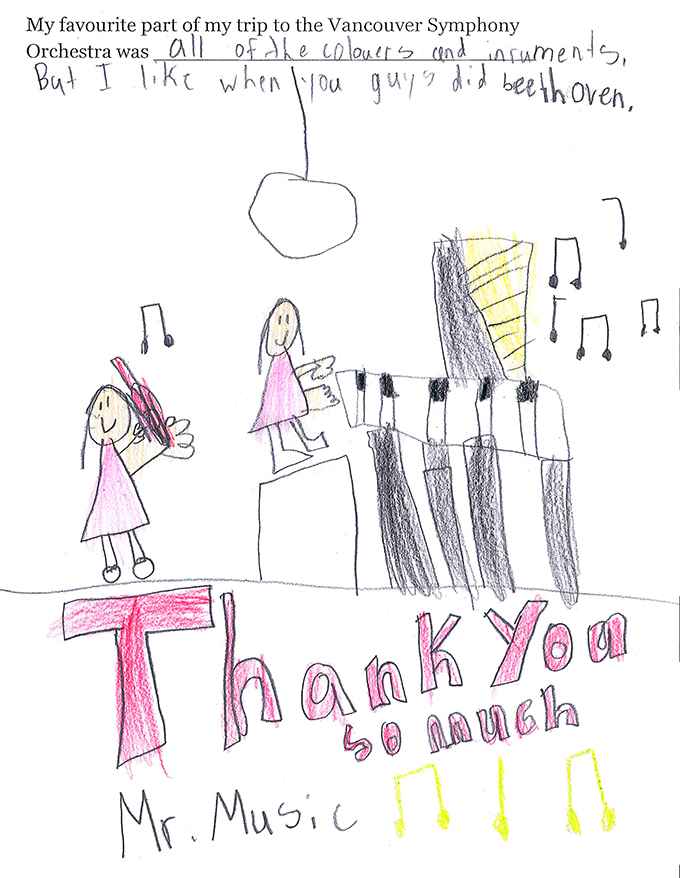 Jan Cherniavsky, a world-renowned concert pianist, founded the Cherniavsky Junior Club for the Performing Arts in 1967. Cherniavsky's Mr. Music Fund program has been enthusiastically received province-wide, helping send hundreds of thousands of school-aged children to attend classical performances over the past 50 years. As Jan had hoped, the program has exposed children to the performing arts and allowed them to embrace music and the arts in their own lives.

On behalf of ArtStarts, schools and young people across BC, we would like to thank the Cherniavsky Junior Club for the Performing Arts for this generous contribution to supporting young people's exposure to the arts! 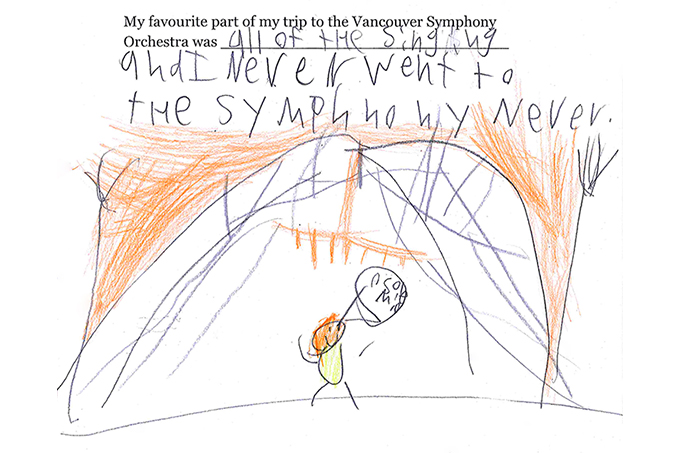 What do these experiences mean for young people?

Phyllis Knipe, who works with the Cherniavsky Board of Directors, and Laura Aliaga, Grants Manager at ArtStarts in Schools, share their experience attending the Vancouver Symphony Orchestra's production of What a Wonderful World:

We had the privilege of attending a VSO elementary school concert today and would love to share some highlights. The theme for this concert was What a Wonderful World and there were approximately 2,500 children (Kindergarten to Grade 3) in attendance at The Orpheum, one of Vancouver's most spectacular heritage buildings.

The playlist was predominantly classical and took the children for a "tour around the world". The conductor, William Rowson, acted as the master of ceremonies and kept the young audience engaged with his charismatic voice and by sharing interesting facts about the songs and composers. He made the facts relevant by using current day references. For example, he introduced The Planets: Jupiter (by composer Gustav Holst) by asking the children whether they liked planets ("YES!") and sharing that the composer wrote all about the planets and space even before the Star Wars movies even existed!

A special guest, Frédérik Robert, a tenor with the Vancouver Opera, gave a breathtaking performance of O Sole Mio and returned to sing Siyahamba, a South African/Zulu folk song. Teachers and students were asked to review the VSO's study guide and learn the lyrics to the sing-a-long beforehand. They gave a rousing performance of Siyahamba. The children were also encouraged to participate by singing in the performance of Mambo (by composer Leonard Bernstein) by shouting "Mambo!" throughout the song. 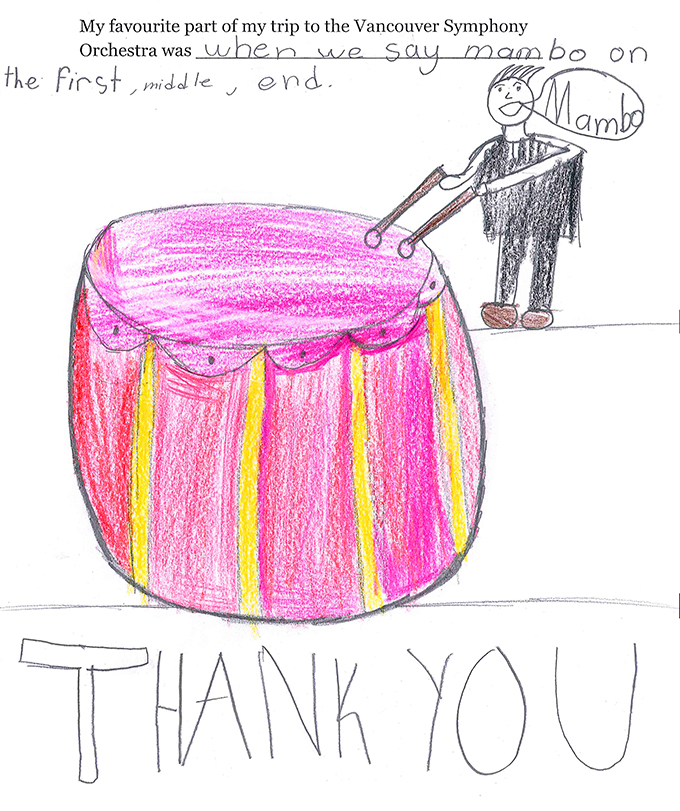 Sitting behind McBride Elementary Kindergarten students, we were delighted to see several of the children on the edge of their seats or up on their feet dancing enthusiastically to several of the compositions. Video screens on both sides of the stage enhanced the experience, providing trivia about composers before the concert, displaying lyrics during the sing-a-long and showing close-ups of the ensemble and the conductor. The VSO concert lasted 45 minutes, which was a perfect length for young children. What a Wonderful World it is, indeed!

We highly recommend that you sit in on one of these concerts to see what the Mr. Music Fund is supporting every year. It is definitely a heartwarming and fulfilling experience to witness first exposure to classical music in a spectacular setting. There were definitely some future classical music lovers and patrons of the performing arts in attendance! 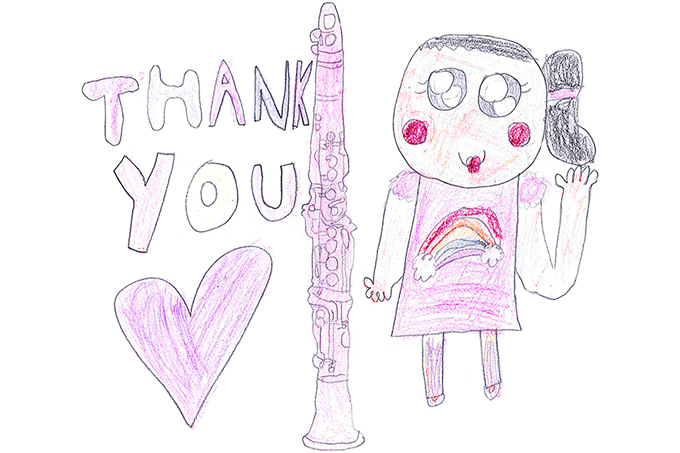 Jan Cherniavsky's legacy will continue to have a postive impact on many more generations to come. However, demand for Cherniavsky's Mr. Music funding program continues to outpace available funds.

Schools across BC are invited to apply to Cherniavsky's Mr. Music Fund for support in the 2017-18 school year. The deadline to apply is November 9, 2017. The application form will be posted online in Summer 2017 at artstarts.com/cherniavsky