Music and Rhythm with Sm:)e Band 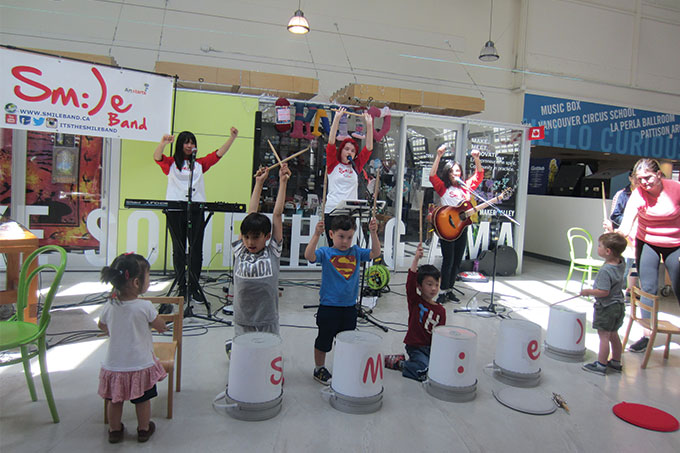 A beautiful sunny weekend is certainly a great occasion to smile and play. Families that joined us at the May edition of ArtStarts on Saturdays and ArtStarts at River Market really had an opportunity to do that with the Sm:)e Band. The show that the Sm:)e Band put on was called Music and Rhythm, and they delivered on both!

Sm:)e Band is an all-girl youth band from Surrey and Burnaby who travel all over to bring song and fun to kids of all ages. They knew lots of different great tunes for kids and really knew how to bring the music right into the hands of young artists. They started with a big song from Zootopia, getting everyone on their feet to dance and “Try Everything!” Kids like Olive and Amanda got on their feet with their parents and grooved to the energetic song. 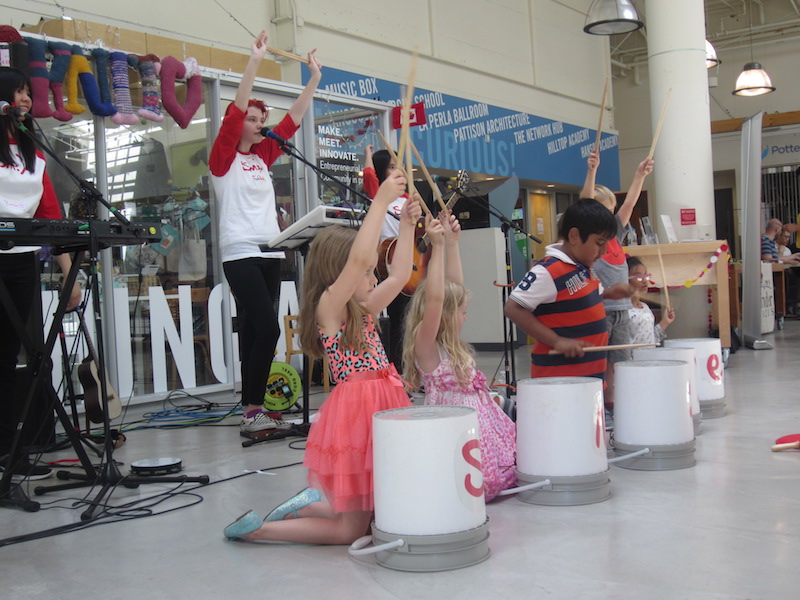 The next song was from the Powerpuff Girls. While dancing to this number, a freeze ray would stick the kids in poses of their favourite superheroes! Some dancers picked Spiderman or Superman. After all that dancing, there was a sing-along medley, with favourites from Moana, Sing, and even Frozen!

When everyone’s voices were warmed up, the crowd was invited to sit in a close circle with the girls. They picked up ukuleles and handed out instruments for everyone else to explore too. There were maracas and tambourines, and drumsticks to turn the whole world into an instrument! When they were all close together they played classics like “Old MacDonald” with lots of actions and animal sounds. 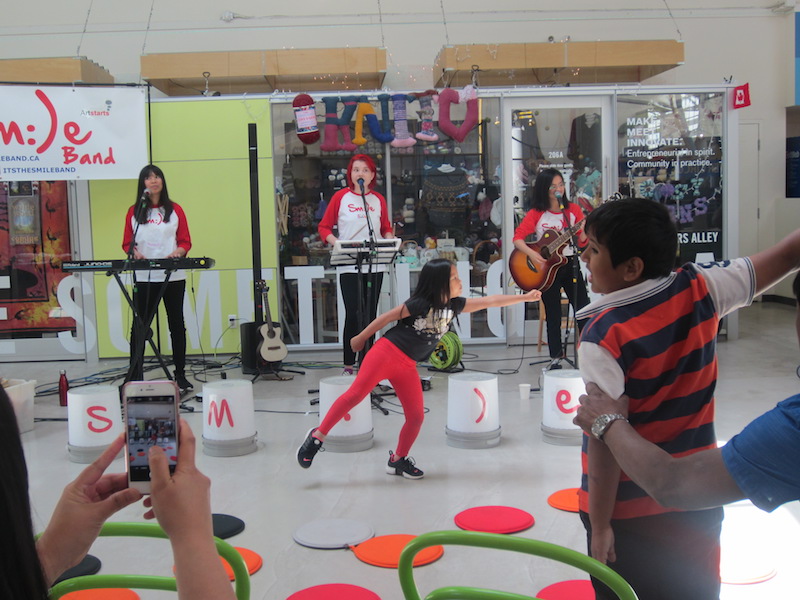 Showcasing some more of their talent, Sm:)e Band played an original song “I Just Wanna Have Fun”, with accompanying bucket drums. To close up their set, the girls rocked out with two big anthems that adults might know too. Big songs like “Roar” and “What I Like About You” got everyone dancing again before it was time to go back out into the sunshine

Mark down June 23 and 24 in your calendars. Next month at ArtStarts on Saturdays and ArtStarts at River Market we will be featuring Kung Jaadee and her program Haida Stories & Songs for National Aboriginal Day. The downtown gallery also has ArtStart Explores almost every Saturday at 11am that we would love to see you at! 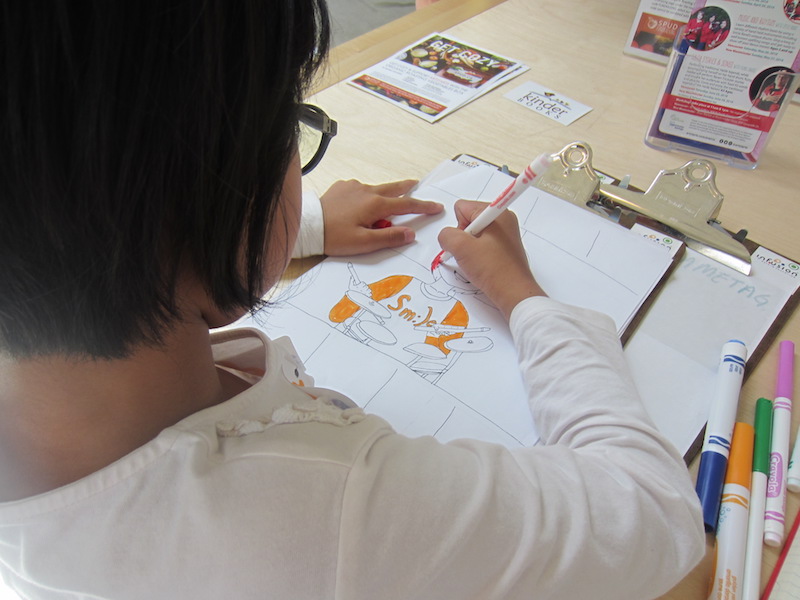 ArtStarts in Schools wants to thank Westminster Savings and the City of Vancouver for their continued support of ArtStarts on Saturdays and ArtStarts at River Market.