Just Imagine with Will Stroet 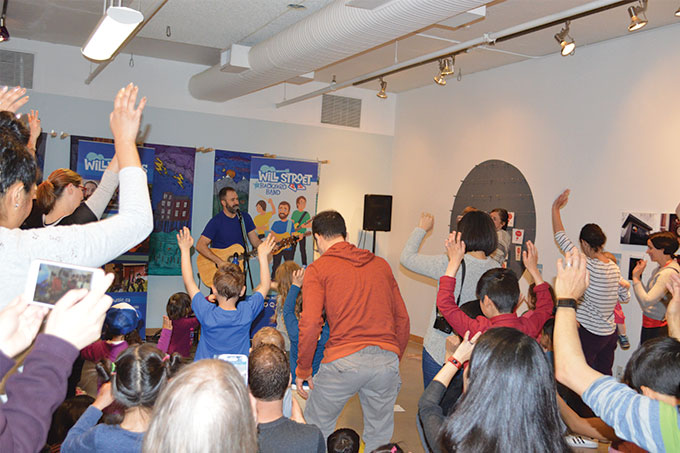 ArtStarts on Saturdays and ArtStarts at River Market had a big successful weekend with Will Stroet of CBC Kids’ Will’s Jams! Will put on a show for a big crowd called Just Imagine, and it was so much fun!

Will has lots of experience working up the crowd of kids of all ages, and started his set with a song with big actions for the whole crowd to get moving to. His first song about bikes, had kids and parents grooving to all the actions that keep people safe on bikes, like keeping your helmet on and signaling.

The learning and audience interaction didn’t stop there. Will’s next two songs introduced the crowd to different languages. There was a song about getting up and dancing that had words from three unique languages; English, French and Mandarin Chinese. Will was also new to learning Mandarin with a recent tour to China, and was open about the fact that he might make mistakes, but he was very excited to learn more! The next song that showcased a language was Just Imagine, where Will showed the audience some words in American Sign Language. 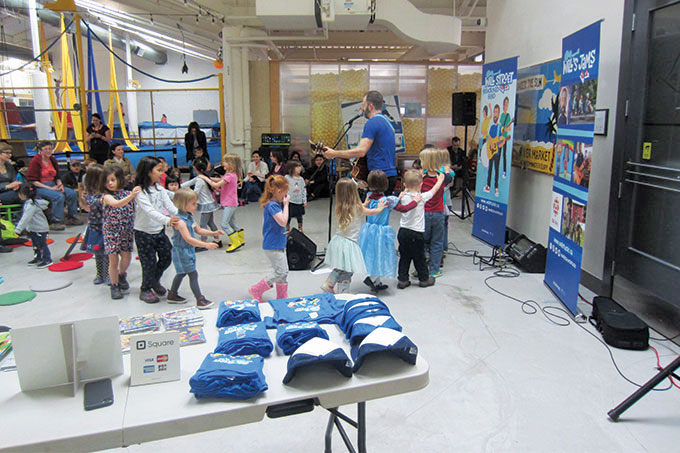 Will then brought out a different instrument and asked the families if anyone knew it what it was. One person guessed a guitar, another guessed a mandolin and someone else guessed a tuba! But it was Will’s ukulele, an instrument he liked for its happy sound. It was a rainy day and Will played some happy tunes about his daughter’s umbrella, called Ella’s Umbrella. The audience moved their fingers and made their own rain, a little less wet than outside. Then Will sang a song about one of his favourite places, the library. Families clapped together and sang about reading for fun.

The next few songs really got kids on their feet! Kids came up to the front to hop, clap, stomp, wave, dance and make silly faces with Will. Then Will played a song about trains. Will knew a lot about trains because his father had worked on trains when he was a little kid. All of the kids stood up and made a big train together to all go on a train adventure! It was a lot of fun, and the young artists got all twisted together! 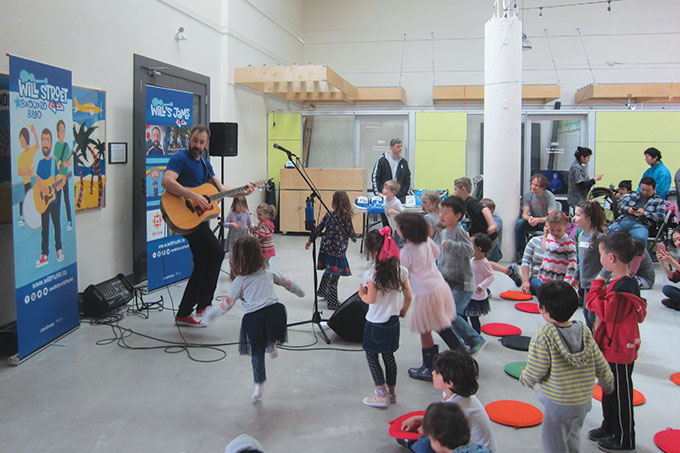 Will ended his show with some big help from volunteers. Will played I Wanna Dance and brought a few kids up to the stage to show off some of their dance moves that everyone in the crowd had to copy. He brought up Emily, Lucy, Lily and Charlie in the morning and then Ohnyou, Max, Lucas, Elsa and Lila in the afternoon. Then everyone came up to dance and their parents had to copy their dance! It was a great way to end the show.

We want to thank Will Stroet for the wonderful performance that he brought to ArtStarts on Saturdays and ArtStarts at River Market. We hope that everyone had a great time and will come back next month! We’ll be welcoming Sm:)e Band for their Music and Rhythm show. The downtown gallery also has ArtStart Explores almost every Saturday at 11am that we would love to see you at!

ArtStarts in Schools wants to thank Westminster Savings and the City of Vancouver for their continued support of ArtStarts on Saturdays and ArtStarts at River Market.